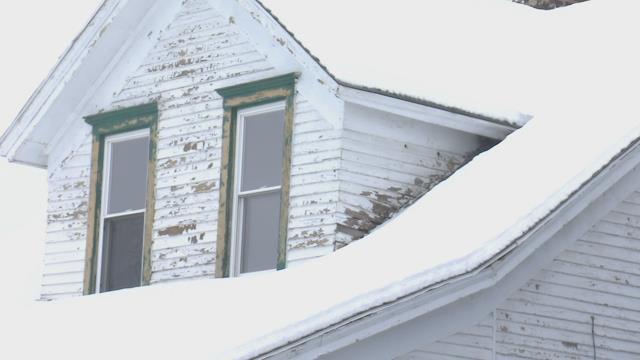 Neighbors in one South Bend neighborhood are concerned about lead poisoning.

This comes after a study by the state shows an elevated lead level in one section of the Near Northwest Neighborhood.

Census Tract Six, the section of the neighborhood west of Portage Avenue, showed 31% of children tested having concerning levels of lead in their blood over ten years.

“It does. It concerns me a little,” mother Cassidy Reynolds said.

Cassidy Reynolds visits family in the neighborhood often with her baby.

Reynolds says she is worried about peeling paint.

A few blocks down from Reynolds, neighbor Franz Richter says his water has caused him concern in the past.

“When we first moved here, there was a little bit, in the pipes themselves, there was drips that looked like they were silvery in color,” Richter said.

He says he spent around $1000 replacing his pipes.

“I didn’t want to drink out of it. So we replaced it with the copper and then there was no problem after that. It was something that was in the pipes,” Richter said.

The Near Northwest Neighborhood is one of South Bend’s oldest.

Neighborhood executive director Kathy Schuth says old homes can have lead in many places, from paint to pipes.

The city and county say her water isn’t the main concern, but paint chips probably are.

Schuth still encourages all homeowners to test all possible risks, just in case.

“It would actually help to have more data in that department, and if they would want to talk to public works about getting water tested at the tap, that would actually increase our knowledge base,” Schuth said.

The neighborhood executive director also wants to increase the knowledge base of prevention in general.

Schuth is working with the county health department to organize a lead safety information session next month.

“The good news is hopefully that will help us increase our educational efforts, and parents will also become aware that this is a real issue,” Schuth said.

Water testing can be done by the county.

Children under seven-years-old and pregnant women can often be tested for lead for free.