Neighbors say VIM Recycling is dangerous to their health 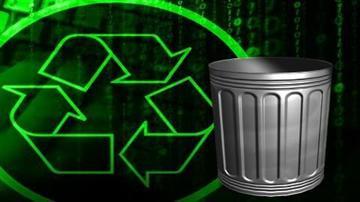 ELKHART, Ind. -- After two fires in 12 hours at the VIM Recycling Plant, neighbors are scared of a repeat of the 2007 dust explosion that killed a man.

They say they are tired of not feeling safe in their own homes and they want the plant gone.

Neighbor Wayne Stutsman said he can remember the dust explosion at VIM Recycling back in 2007.

“I was in the lower area and I thought the whole front of the house fell off,” said Stutsman.

Since the explosion, Soil Solutions bought the company and the plant manager said they have cleaned the recycling center up quite a bit.

But Stutsman said after Saturday’s fire, he is not convinced.

“We are under a constant threat,” said Stutsman.

The fire is just one of many over the years.

“There have been about 15,” said Stutsman.

VIM’s plant manager said most of these incidents are simply steam coming from mulch piles.

Stutsman insists it is smoke and says he knows this from the health problems he and his neighbors have that he blames VIM for.

“The people I talk to say they have asthma and coughing and sneezing,” said Stutsman.

Stutsman said he is all for recycling, but not at the expense of he and his neighbors’ health and safety.

“We need recycling but it needs to be done away from any residential area,” said Stutsman.

Currently Stutsman and other neighbors are in a lawsuit against VIM to get the company to move out of their neighborhood.

This lawsuit has been going on since 2008.