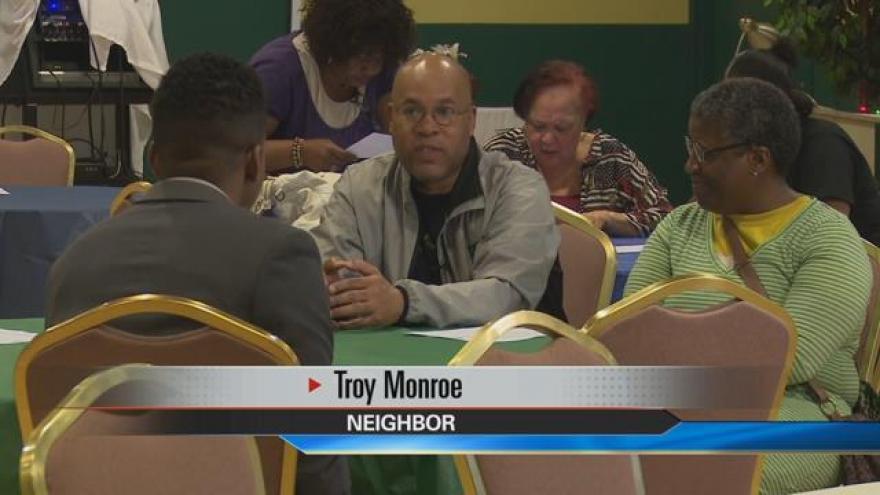 It’s been nearly one year since the South Bend Heritage Mutual Homes were built in South Bend’s Lincoln Park neighborhood.

Thursday, residents of the co-op reflected new opportunities and working to build up their community together.

“I’m really excited to see the co-op get to their one year anniversary, and I feel like they’re becoming a strong group,” said developer Anne Mannix.

This co-op community has created a neighborhood association nearly a year ago.

“We have quarterly meetings and monthly board meetings so we got to know each other,” said Willie Dearing-Mallory, a resident and the vice president of the group.

At Thursday’s meeting, members of the neighborhood looked back the progress made and took a hard look at the work in progress.

“When we walk or drive in the community, we are reminded there are currently no parks in walking distance of the Lincoln Park neighborhood,’ said Marvell Robinson, a resident and the president of the group.

But change is underway.

“We’re going to get the park finished so there’s a park next to the Colfax Center,” said Mannix. “We’re getting new curbs and sidewalks from the city, which are needed because the curbs were bad then the contractors finished them off.”

While that’s on the way, one couple has been doing their part since joining the neighborhood.

An opportunity to live in this co-op means a lot to them because not too long ago they were homeless.

“Now we found ourselves in a brand new home, yeah, so god is good.”

Since January, 24 families have moved into the new homes.