Neighbors worry about pedestrians after accident on Ironwood Road 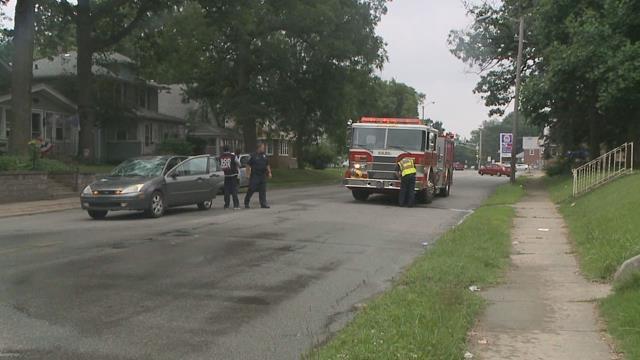 An accident on Ironwood Road Tuesday has neighbors fed up.

They say they've seen enough accidents on their busy residential stretch of road and don't know what to do about it.

In Tuesday's accident, a pedestrian was struck by a vehicle.

South Bend Police say the vehicle was not speeding and is not at fault.

The pedestrian was rushed to the hospital for emergency surgery on his head wounds, but they are not life-threatening.

Neighbors on the stretch of Ironwood Road from Jefferson to Mishawaka Avenue say they aren't surprised.

“There are a lot of accidents right her,” Barb Aragon, who has lived on the road for 28 years said.

Aragon says there's been an accident every few months on that stretch of Ironwood since she moved there.

“You can watch for like thirty seconds and see how it happens,” Aragon said.

“People are constantly walking up and down the street,” Bowman said.

“In the summer everybody's running across the street every which way,” Aragon said.

Even police say the street is unusually busy for a residential area.

“I don't know if people pay attention to markings on the street,” Aragon said.

It's about a five minute walk between crosswalks on this Ironwood stretch, but neighbors say they recommend taking the time to go to the lights before stepping in front of traffic.

Although speed was not a factor in Tuesday's accident, neighbors complain of plenty of speeding on the street.