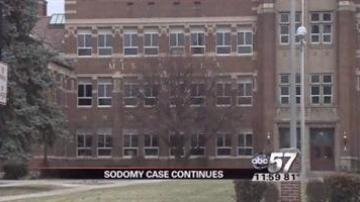 The proceedings lasted for less than an hour.

He is one of six boys accused of forcibly sodomizing a teammate in the school locker room back in 2010.

He took a plea deal. He will learn his punishment on June 26.

Two teens involved have already gone before a judge. One of them was found guilty. The other had his status hearing delayed.