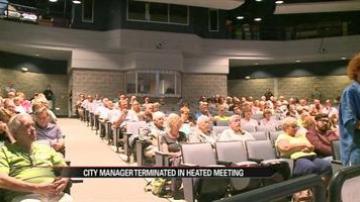 NEW BUFFALO, Mich. -- It was anything but an average city council meeting in New Buffalo Tuesday night.

The 5-member council voted to terminate City Manager William "Rusty" Geisler in front of a standing-room only auditorium filled with residents ready to defend their city's leader.

Geisler is a life-long resident of New Buffalo and has over a decade of experience serving on the city's council prior to spending 3 years in the mayor's chair. But that didn't save him from being fired for not being considered qualified to hold the city manager position due to his lack of a college degree.

The council plans on filling the position as soon as possible. Assistant City Manager Jae Gruetshow is acting as New Buffalo's city manager for the time being.