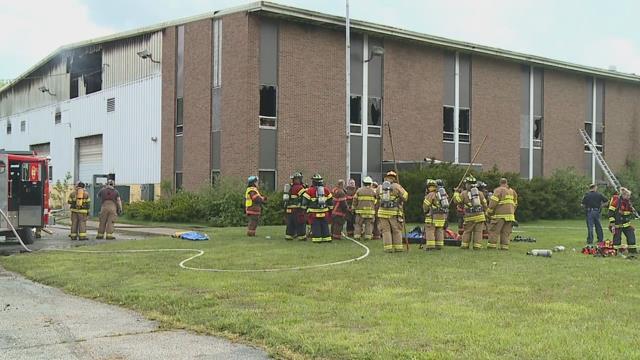 Crews battled a fire in New Buffalo at a vacant building on Sand Road Thursday night.

Fire crews arrived at 702 Sand Rd. around 5:30 p.m. after someone reported seeing smoke coming from the top floor of the building.

When crews arrived, smoke was visible from the outside. When crews searched for hot spots inside they found flames on the first level.

Police say no one was injured.

The building was being used as storage and held auctions in the past. The fire chief says the last auction held in the building was around a year ago.

"They sold off a lot of the stuff. They still use it as a storage building and they were going to be coming in at some point to go back through the items that were left over and what not so that’s the reason that there is still items in the building,” said Chief Chris Huston, New Buffalo City Fire Department.

Chief Huston says the cause of the fire is under investigation.