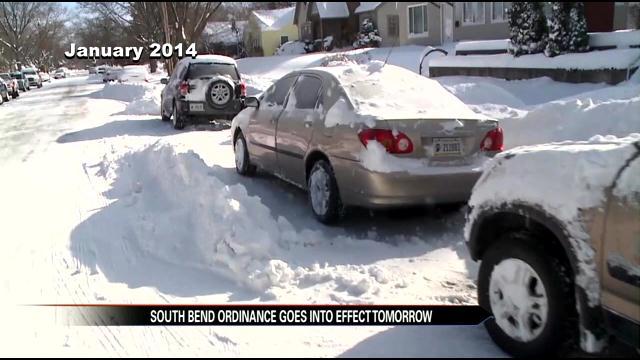 On Wednesday the city of South Bend will implement a new snow removal plan.

This plan is to help clear snow off roads and insure public safety after snow storms hit the area.

Although the ordinance takes effect tomorrow, residents are not held responsible for moving their car off of streets from this past snow storm.

The city says this plan will be enforced on a case by case basis when emergency vehicles are unable to get through the area.

When a "Street Clearance Condition" is enforced, vehicles are not allowed to park on any route that is marked, by signs, as a snow route.

According to this schedule, parking is banned on residential streets that are not marked as a snow route.