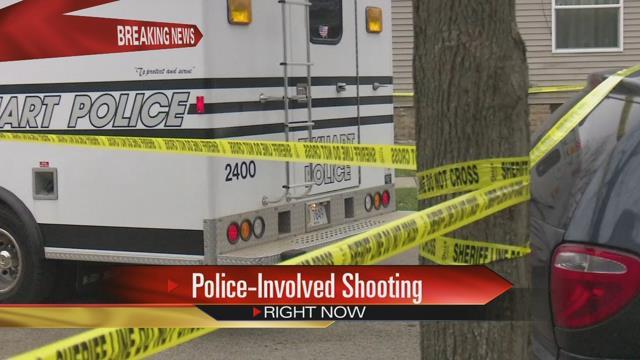 The four victims of Sunday morning's shooting in Elkhart have been identified. Norman Gary, 29, was shot and killed on scene. Jazzlyn Crase, 22; Delanos Johnson, 24, and Shawn Scott, 21, were shot and are being treated at Elkhart General Hospital and Memorial Hospital in South Bend, for non-life threatening injuries.  All are from Elkhart.

"While they were investigating this burglary, they heard sounds of shots fired," says Chief Windbigler.

Officers followed the sounds of gunshots, running about 100 feet northwest, to Decamp Avenue.

"It was just like running through the backyard, and that's where they ended up being engaged in a gunshot fight with the vehicle," explains Chief Windbigler.

That vehicle, with two people inside, crashing. Gary and Crase were both inside the car.

While police were investigating, they found a third victim who had been shot on the 1800 block of Decamp. That third victim was Johnson, but police say, he was not injured by officer fire.

The fourth victim, Scott, arrived at Elkhart General Hospital after Johnson was transported there, also with gunshot wounds.

"At this time, all I know is that we were involved in the shooting that had the vehicle involved," says Chief Windbigler. "We dint know who shot the other two people at this point. It's under investigation."

"Like every investigation, we gotta go over this with a fine tooth comb, so we have everything correct," says Chief Windbigler. "We don't want to put false information out there, or bad information."