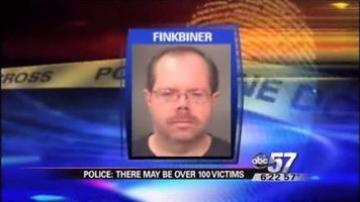 BRAZIL, Ind.-- A man accused of coercing teenage boys into sex, could have hundreds of victims.

They claim they found hundreds of videos on his computer.

Joseph Hogsett,  an U.S. Attorney working the case said,"We have reason to believe, as a result of statements made by Mr. Finkbiner, that there may be as many as 100 victims or more that have potentially been "sexploited."