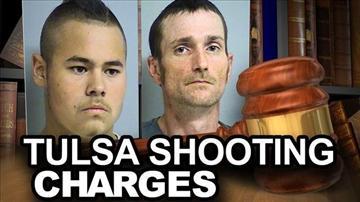 TULSA, Okla.-- New details in the shootings that happened on Good Friday.

The two men involved, who shot five African Americans, killing three of them, have confessed.

According to police documents, 19-year-old Jake England told investigators he shot three of the men.

A Facebook post from England the day before the shootings noted that it was the second anniversary of his father's death, and mentioned his girlfriends recent suicide.

The men are in jail and will be arraigned next Monday.