New developments on a deadly SUV versus train accident 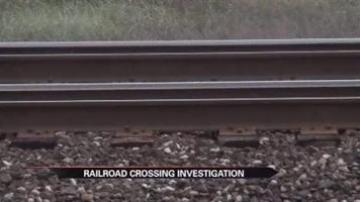 The crash happened near the Pine Road and Ardmore Trail crossing in Warren Township around 8 p.m. Sunday. The driver 22-year-old Ryan Voreis was headed south on Pine Road when he collided with a South Shore train when he died instantly.

ABC 57 spent most of the day digging through rail grade crossing reports from the two railroad crossings with the (FRA) Federal Railroad Administration and Operation Lifesaver.

ABC 57 was also able to obtain the initial accident report on the deadly accident from the St. Joseph County Sheriff's Department. According to the police report, it appeared that the victim, Ryan Voreis was not wearing his seat belt when his SUV collided with the South Shore train.

It also said Voreis was, "thrown out of the left rear quarter window, possibly crushed by the flipping vehicle."

There are two sets of railroad tracks when you approach near the intersection of Ardmore Trail and Pine Road from the south as you are heading north on Pine. The direction that Voreis was traveling in his SUV Sunday night.

The first set of tracks belong to NICT, which stands for Northern Indiana Commuter Transportation, the railroad tracks the South Shore travels on. The crossing does not have any safety gates, however there are lights and signs.

ABC 57 News discovered there have only been two other accidents since 1975, according to the  FRA. One was a fatality in 1978. However the accident report states the motorist stopped on the tracks.

The second set of tracks belong to Northfolk Southern Corp. which have both warning gates that come down and lights that flash when a train approaches. ABC 57 News has learned there have been six accidents that have occurred at these train tracks since 1975. None of the accidents have resulted in death.

The St. Joe County Sheriff's Department the agency who is handling this investigation said it could be quite a while before this case is complete, because they are waiting on blood and toxicology results before they make any determination about what happened.