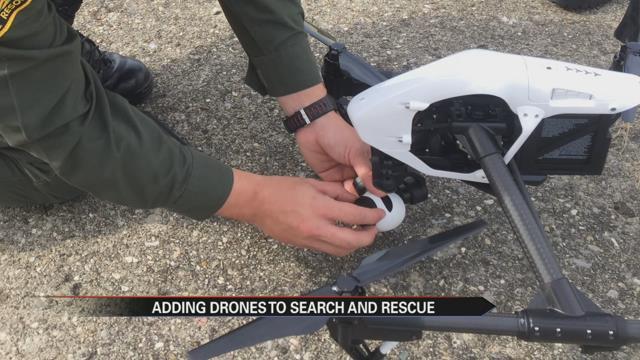 A new tool is going to change the way the Indiana DNR conducts search and rescue missions. The department has added small unmanned aircraft, like drones, into their program.

One pilot is responding to all counties in district one, which includes St. Joe, Elkhart, Marshall and Fulton counties, to name a few.

According to Captain William Browne, it’s the best thing economically for the department.

“It’s friendly as far as finances, $3500. Versus the amount of money we have on our air boats,” Captain Browne said.

Searches have been conducted by boat, ATV, or boots on ground. The first step of course is training, soon after that it’s actually flying them.

“System goes up in the air operated by a single officer and able to come down that area and send a pin point to the officers that are actually doing the search,” said Captain Browne.

Captain Browne says it’s the best way to quickly resolve the issue of finding lost children, hikers and hunters.“Safer for our officers and a quicker response time for the victims.”

But what exactly triggered the need for this improvement?

“We want to make sure we’re enhancing and continuing futuristic thinking,” he said.

“That they are a useful tool for locating victim, saving officers and reducing damage to our equipment then we’ll hang on to them,” he said finishing my sentence.

Since the approval to start using these aircraft, luckily, officers have not had to use them. Captain Browne proudly says this just proves the department has no limit.

“Our capabilities right now are unmatched. I would put us on the national level as far as our search and rescue capabilities.”

Captain Browne did want to make one thing clear, this is for search and rescue only, not for any surveillance  purposes.