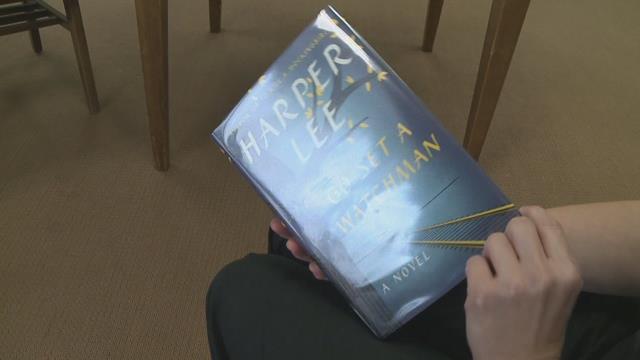 Michiana readers are flocking to bookstores and libraries to get their hands on the “To Kill a Mockingbird” sequel, “Go Set a Watchman.”

Demand for the new book, released Tuesday, is higher than expected.

“We have a lot of demand for it here in our system,” Plummer said.

Plummer has already ordered more than 200 copies of “Watchman” and all are on hold.

One major change in the book sparking controversy is Atticus Finch’s portrayal as racist.

In “Mockingbird,” the beloved Finch is a moral hero.

Balthaser says he understands why people are upset about this change, but thinks it could prompt a new discussion about how the civil rights movement is portrayed in pop culture.

“A lot of people feel that we haven’t come too far at all,” Balthaser said.

Balthaser says showing Finch as racist in the sequel gets rid of the so-called “white savior” archetype first portrayed through Finch in the first book, and carried on today in books and film.

“It’s had a multi generational impact on how Americans imagine their role in the civil rights struggle,” Balthaser said.

Balthaser says he hopes the new book will have the same impact, or at least create a new conversation about race.

And if the library’s numbers are any indication, Michiana readers are ready for that discussion, book in hand.

“I think it is probably bringing in some new readers or people who aren’t reading as much,” Plummer said.