New home builds up in August 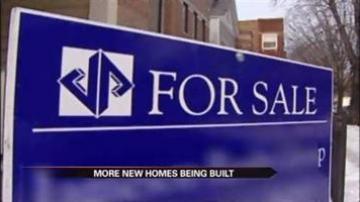 WASHINGTON, D.C. -- New home builds went up in August according to a new government report.

The Census Bureau says builders broke ground on 750,000 homes at an annual rate. That is up nearly 30 percent over 2011.

The National Association of Home Builders says this is the fifth straight month of improvement in builder confidence.

Home sales are also up.

Nationwide the median price for a home resale jumped to more than $187,000 in August. That is up nearly 9.5 percent from one year ago.