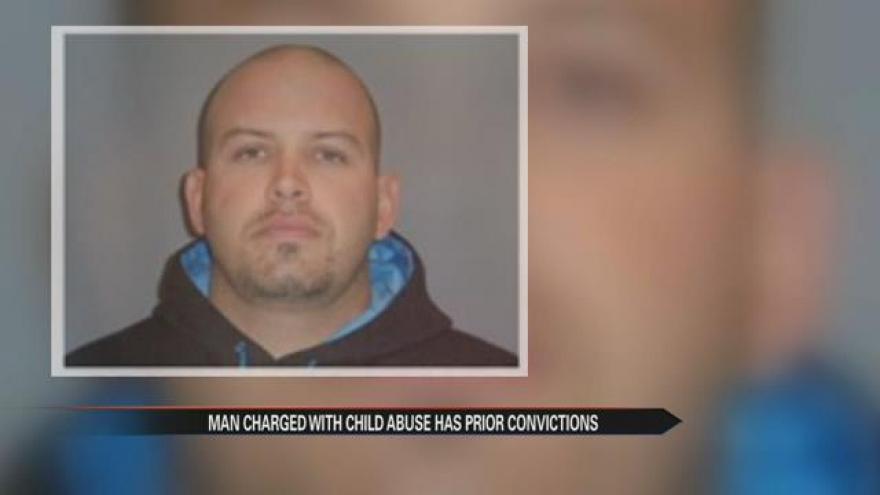 It was inside a Sawyer, Michigan home where police say a three-month-old was severely abused last Thursday.

Bradley Penley, 33, is charged with the crime.

He appeared in Berrien County court last Friday, where his bond was set at $1 million.

ABC57 has learned Penley has 15 prior convictions, including 12 in Berrien County.

They range from several operating while intoxicated guilty pleas to assault in 2004.

He told police his girlfriend left him in charge of watching the baby while she went to check on her other son at a family member’s house.

Penley said to police that he spent about 15 minutes grilling outside before going inside to finish preparing dinner.

He said that’s when he heard the baby crying in the living room.

Penley told police he found the three-month-old crying on his back at the foot of a couch.

He also said he immediately noticed swelling around the baby’s head.

According to court documents, Penley called his girlfriend to come home, and they rushed the baby to the Lakeland Hospital in St. Joe.

The doctors noted those injuries “were not possible from a fall from a couch to a carpeted floor.”

According to police, the baby was transferred to a Grand Rapids hospital and was in stable condition as of last Friday.

Court documents said Penley had a blood alcohol level of 0.10 when he was arrested last Thursday.

According to police, he had been interviewed twice by an officer in the Lakeland Hospital parking lot before being taken into custody.