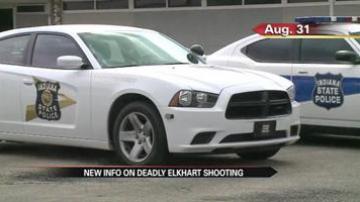 ELKHART, Ind. -- The Elkhart County Coroner's office has ruled the death of Jamie Benavidez's as a homicide caused by multiple gunshot wounds.

Elkhart Police responded to a burglary in progress on West Hubbard Street Sunday, September 1st.
Two people ran from the scene and one of the suspects was caught.

According to police, Benavidez pointed a gun at officers and three Elkhart Police officers fired at him.

The investigation into the shooting is ongoing.