New lawmakers arrive on Capitol Hill, old Congress still has a lot to do 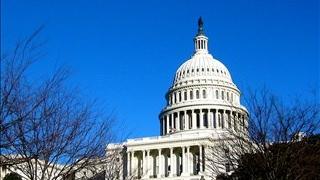 Due to the results of last Tuesday's midterm election, there are at least 50 newly elected members of the house and 12 in the Senate.

Many of them arrived on Capitol Hill Wednesday and started what they call “freshman orientation” which includes a week of briefings from parliamentary procedure to decorum in the house, and all the mundane details in between.

Even though there is the “first day of school” excitement on Capitol Hill, there's a lot of work that needs to be completed by the current Congress, which will be in office until early January.

The agenda includes a government spending bill, a plan for training Syrian rebels, and a new authorization of military force in the fight against ISIS.

The Senate may also have to vote on the controversial Keystone XL Pipeline.