NOW: New Mishawaka virtual reality arcade to open at the end of February

MISHAWAKA, Ind.—Todd Van Leeuwen said he was a bit of a loner growing up as the middle child of three in Elkhart.

“The best thing I could do was go to an arcade back in the day,” Van Leeuwen said. “I was trying to find a place where everybody could go and feel like they belong.”

Van Leeuwen, who is a financial adviser by trade, has always been a gamer and when he went to Las Vegas for his bachelor party in 2018, he discovered that the beloved hobby might blossom into something more.

He experienced Zero Latency, a free-roam virtual reality, at the MGM Grand and as soon as the party was done with their first game, Van Leeuwen couldn’t help but think about how he could bring it back home with him.

“I came home and I said two things to my now-wife. First is, I love you more now than I did before I left and I loved you a lot before I left,” Van Leeuwen said. “And number two, I have an idea.”

Van Leeuwen gave a five minute pitch to his wife, Jennifer, and she said to go for it.

Two years and over 70 funding rejections later, Van Leeuwen, along with the other handful of co-owners, are sleeping on rolls of unused carpeting in what will soon be Waypoint VRcade putting final touches on what is their dream come true.

Van Leeuwen’s first major undertaking as an entrepreneur is not only a nod to his love of video games, but a pathway for him to help others experience worlds and places they might not be able to access physically.

Among the groups of people he hopes to help are those with autism, a condition that Van Leeuwen himself lives with.

With the new venture, Van Leeuwen also wants to help those battling dementia and Alzheimer’s.

“My grandfather has Alzheimer’s. The only thing he remembers at this point is his military service and his hometown in California,” Van Leeuwen said, adding that he hopes to be able to bring his grandpa back to the places he is able to recall fondly.

Van Leeuwen hopes to partner with local organizations to create opportunities for people of all means to be able to experience virtual reality.

Waypoint VRcade will focus on free-roaming, untethered virtual reality that allows groups of up to eight players to go in and experience it all together in a 2,000 square foot Zero Latency platform. 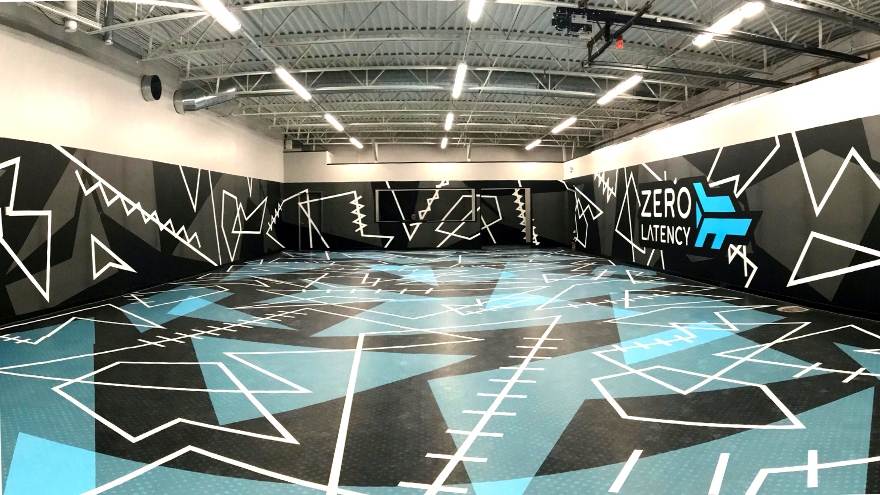 “You can collectively take on the zombie apocalypse in real life or you can explore new worlds and have mind bending experiences with gravity and puzzles and quests,” Van Leeuwen said.

Van Leeuwen said there are less than fifty Zero Latency set-ups in existence and Waypoint’s is one of the largest.

Other smaller stalls will allow players standing or sitting virtual reality experiences while additional treadmill-like machines let players run as fast as they’d like through the experience.

Individuals and groups looking to experience virtual reality at Waypoint VRcade can pre-book online. Private parties and corporate events will be able to rent out space or the entire VRcade.

Pre-packaged food and drinks will be available for purchase at a small café inside of the VRcade. Moving forward, Van Leeuwen hopes to bring in local food trucks for busier days and events.

While players wait for their turn, classic Atari and Nintendo games will be available to use.

In the future, esports gaming PCs and consoles will also be featured in the space.