New No Child Left Behind waiver in Indiana 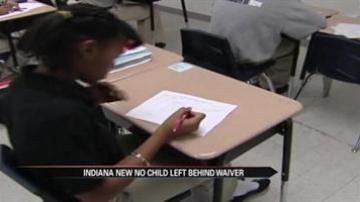 Indiana has requested a new No Child Left Behind waiver.

It was submitted in the hope that the state can avoid losing control of how some of its federal education money is spent.

As part of negotiations, officials said this fall that Indiana would begin using a new statewide test written to the rules replacing the common core standards.

A new second test will be used the following year.
Share this article: