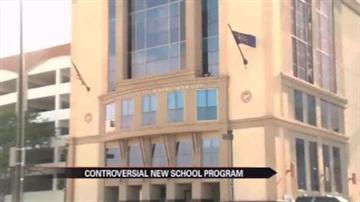 SOUTH BEND, Ind.-- The South Bend school board is making a controversial call. They decided Monday to start an African American Student Services Department. We talked with one parent who says it's too little too late.

Board member Bill Sniadecki cast the only vote against this proposal. He said he's confused as to where this $200,000 to fund the position will come from.

Daria Scott is a mother of four. She says she doesn't care where the money comes from and it's about time the school district does something to help its struggling African American students.

But she says it's too little too late. She's pulling her two younger children from South Bend public schools because she says her black children haven't been treated fairly.

"Too much indifference to the black child. The black male child just like they're a throw away child," said Scott.

She says her 12-year-old son will be attending Catholic school next year, and this new program focused on black students isn't enough to keep her children in the district.

"It's a beginning and it's about time and they're going down the right path," said Scott.

School board members voted 5-1 to create an African American Student Services Department. One person will be hired by the district to help support all the black students and their parents, both academically and socially.

But one board member says the position's role is just not realistic.

"We got 20,000 kids. How is one person gonna go and do that?" said Bill Sniadecki, board member, South Bend School District. "It's an impossible task."

By this time next year, parents and students will be able to weigh in on the success of this new program. Until then, Scott says she's moving her kids to a new school.

"It really makes me feel good that they're doing it, but I'm not gonna waste time taking a chance on it. Maybe when my daughter gets older," said Scott.

The position is posted internally and externally. No word yet on any front runners for the position.

According to Sniadecki, whoever is assigned gets one year to prove him or herself. The board can then reconsider the position.