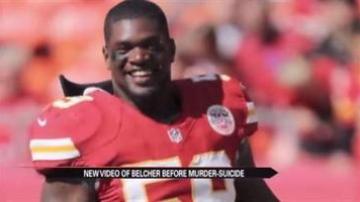 New video has been released of the Kansas City Chiefs player who murdered his girlfriend then killed himself in front of the Chief's Coach and GM.

Just released footage shows Jovan Belcher just hours before the killings when police found him passed out in his car.

He had been drinking but since he wasn't driving police let him go with no way of knowing what he was about to do.