We all know how wet it's been in 2019. So far this year, we've picked up 24.93" of precip, which is about 6.5 inches above normal. But, that overall wet pattern looks to be shifting, at least for the next couple of weeks of July. The Climate Prediction Center shows a chance of drier-than-normal weather now through July 21st. Now that doesn't mean that there'll be no rain at all between now and then, just expect more sunshine than clouds, showers, thunderstorms, and severe weather. 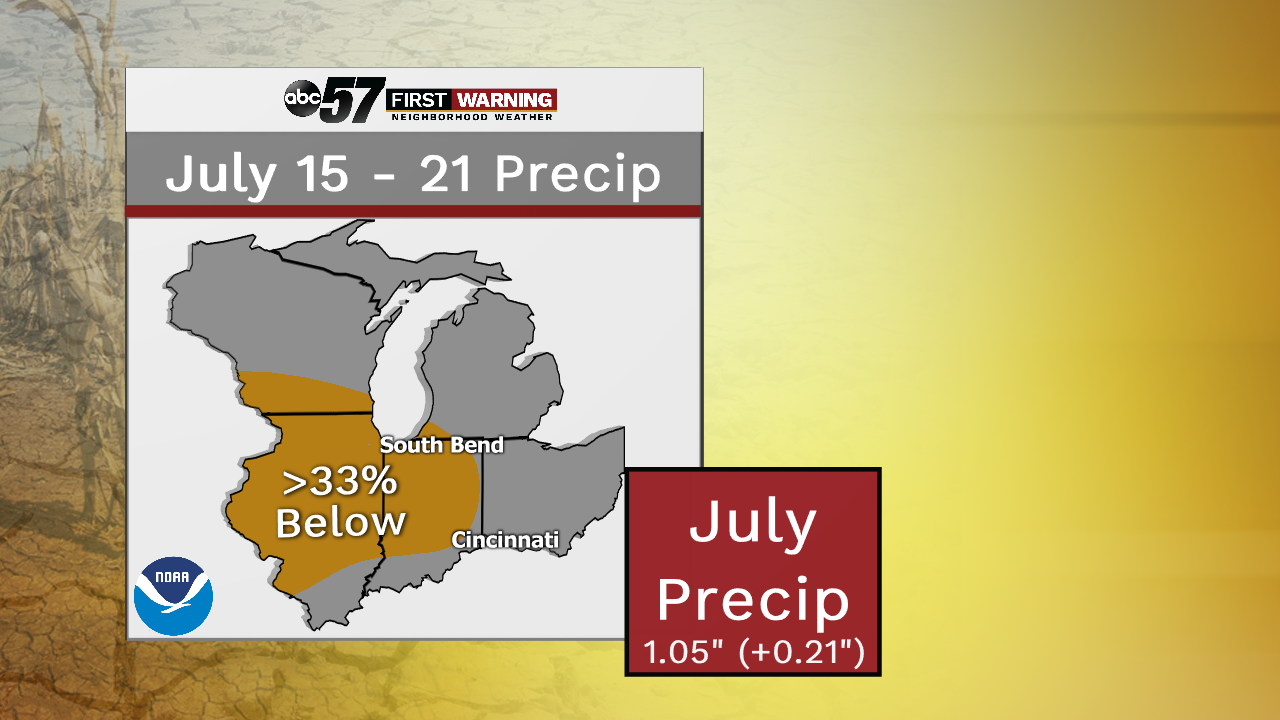 So far this month, we're still trending wetter-than-normal. That will likely change over the next two weeks. 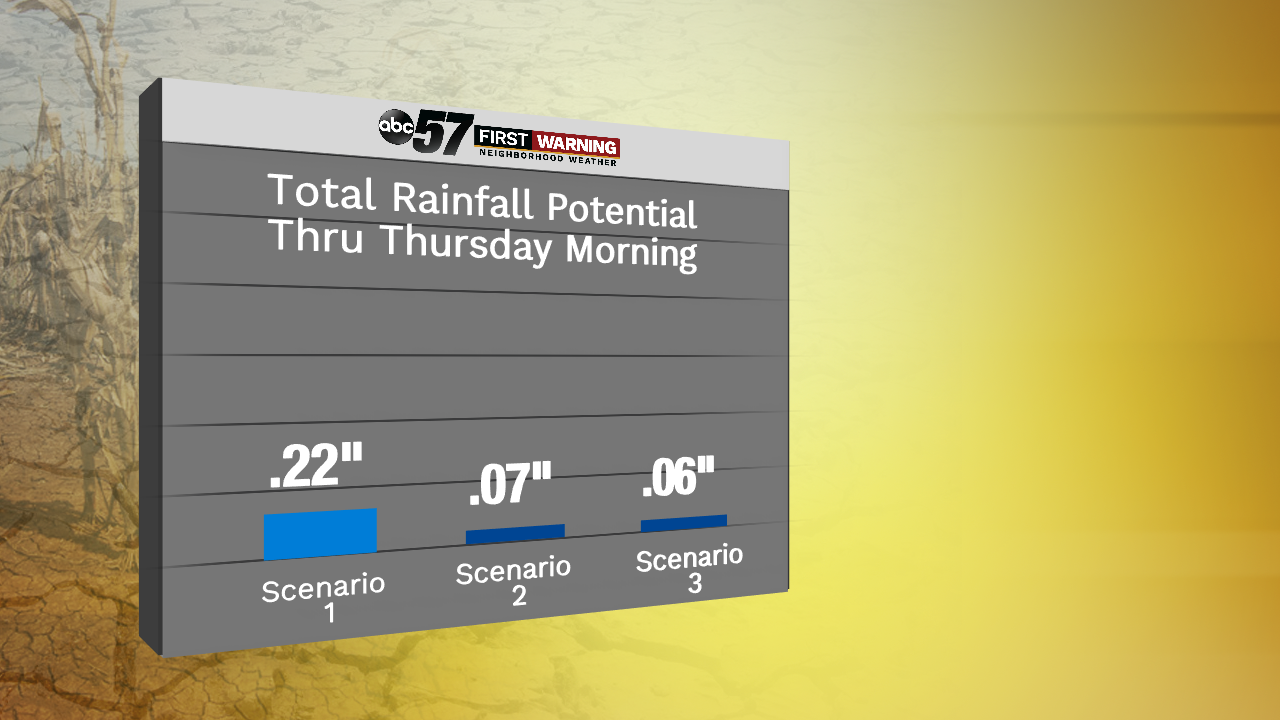 All three of our medium-range scenarios or models show rainfall amounts under a quarter of an inch.

Models aren't spitting out incredible amounts of rainfall over the next several days either. Through Thursday morning, the highest model rainfall is still less than a quarter of an inch. After our one rain chance Wednesday and Wednesday night, we could easily make another run at the longest dry stretch of 2019. January 3rd through 6th and June 28th through July 1st are tied at 4 days each. This Thursday through next Monday could break that! 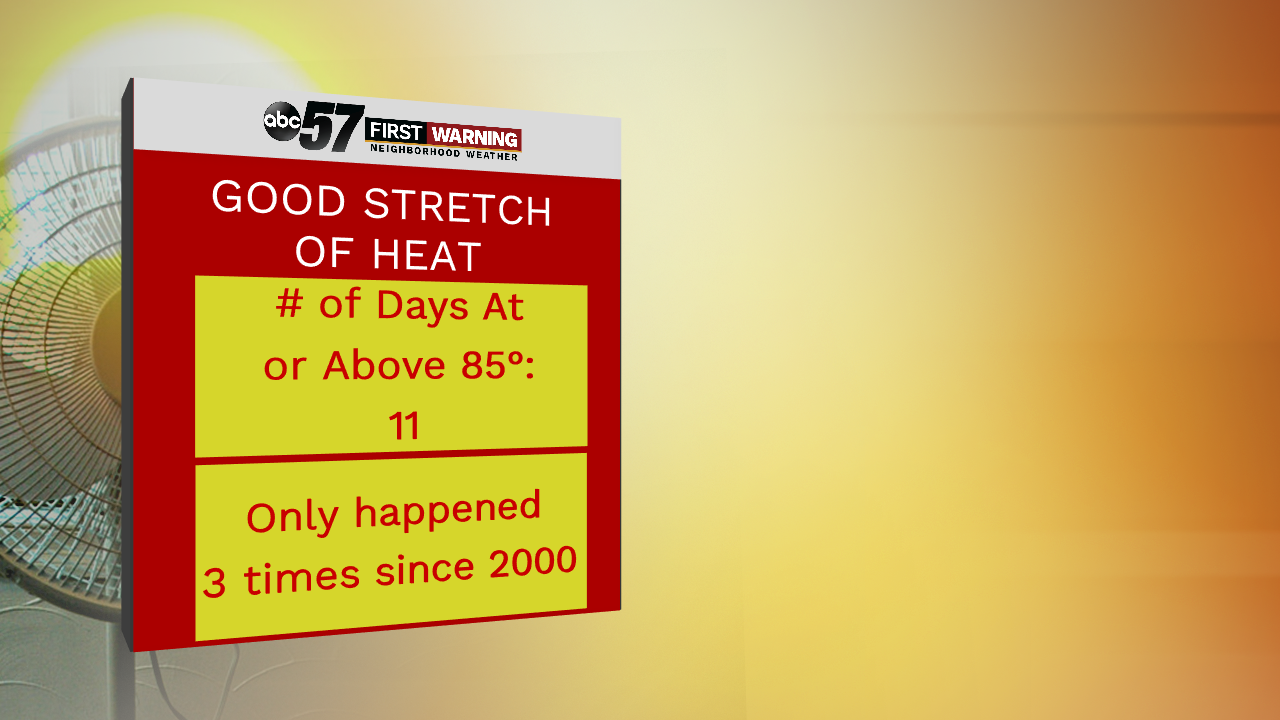 We've already had a good stretch of heat and humidity across the area in late June into the early portions of this month. In fact, we had a nice streak of 11 days where the high temperature was either at or above 85 degrees. That streak was actually broken up yesterday with a high of only 83. Since the turn of the century, this has only happened 3 other times, so we've already had a somewhat rare summer. 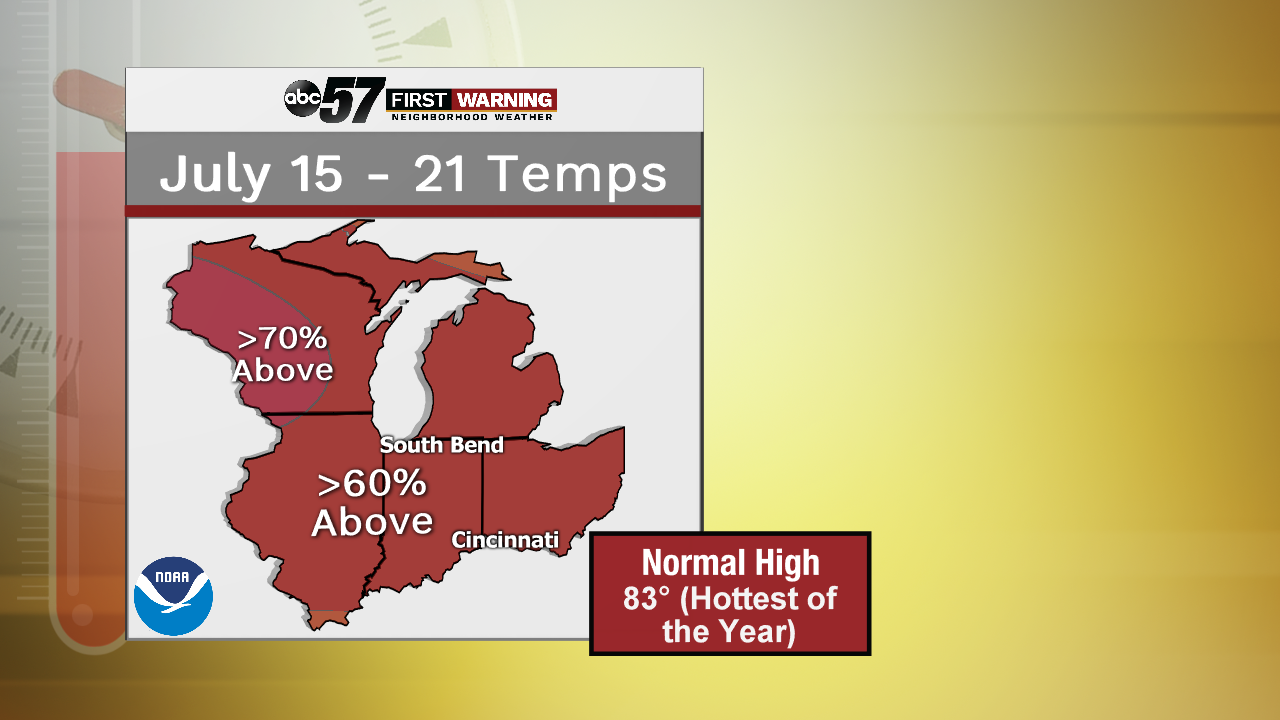 The heat looks to only build throughout the week and into next weekend. This is typically the warmest time of the year anyway as our average daily highs peak at 83 degrees throughout much of the month. But the upper 80s/low 90s look likely, not only for the weekend, but also throughout next week. So, if you're not a big fan of the heat, enjoy today and tomorrow and start preparing for the upcoming weeks.