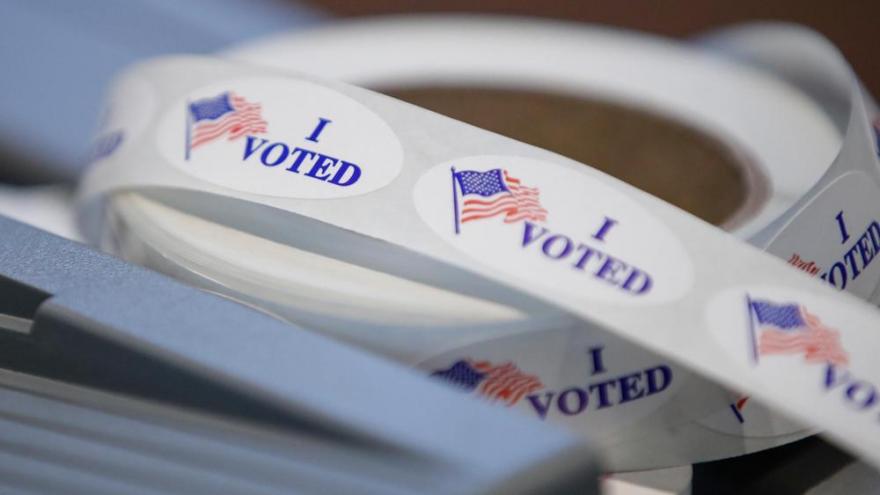 New York became the first state to cancel its primary over coronavirus fears, the co-chair of the New York State Board of Elections said

(CNN) -- New York became the first state to cancel its primary over coronavirus fears, the co-chair of the New York State Board of Elections said.

"At a time when the goal is to avoid unnecessary social contact, our conclusion was that there was no purpose in holding a beauty contest primary that would marginally increase the risk to both voters and poll workers," said Kellner, one of the Democratic commissioners on the board.

The Democratic commissioners voted to remove a number of candidates who had ended their presidential campaigns from the ballot, including Sanders. That resulted in the cancellation of the primary, because former vice president Joe Biden was uncontested.

The move was opposed by Sanders' former campaign, which had sent a letter to the board asking that the senator remain on the ballot, Kellner said.

"Today's decision by the State of New York Board of Elections is an outrage, a blow to American democracy, and must be overturned by the (Democratic National Committee)," Sanders campaign adviser Jeff Weaver said in a statement. "Just last week Vice President Biden warned the American people that President Trump could use the current crisis as an excuse to postpone the November election. Well, he now has a precedent thanks to New York state."

Weaver said that the state had violated its approved delegate selection plan and should lose its delegates to the national convention if "this is not remedied."

The changes have not yet been submitted to or approved by the DNC, which has jurisdiction over state parties and their delegate allocations to the national convention.

"Any substantive change to a state's first determining step in allocating delegates like this one will need to be reviewed by the DNC's Rules and By-Laws Committee," DNC spokesman David Bergstein said in a statement. "Once the state party submits an updated delegate selection plan, the committee will review that plan and make a determination."

Multiple states have postponed their primaries due to the coronavirus pandemic, which has significantly altered the daily lives of Americans. Last month, Democratic Gov. Andrew Cuomo issued an executive order moving the primary from its originally scheduled date of April 28 to June 23.

Cuomo said at a news conference Monday that he would not "second guess" the state's board of elections.

"I know there are a lot of election employees, employees of boards of elections who are nervous about conducting elections," Cuomo said. "But I'll leave it up to the board of elections."

Former Sanders campaign co-chair Nina Turner told CNN that she was "stunned" by the New York State Board of Elections to remove Sanders from the ballot.

"This is a really sad day for democracy and it definitely chips away at Democrats' universal ability to say that we are the party of ensuring that people have the right to vote because their right to have choice was stripped from them in the state of New York for no reason," Turner told CNN.

"Given that the vast majority of voters in that state still have to vote on other issues other than the presidential, this makes no sense whatsoever other than trying to hurt the progressive wing of the Democratic party," Turner added, describing the decision to remove Sanders as a "power play" and a "straight up power grab."

Jay Jacobs, chairman of the New York State Democratic Committee, told CNN in a phone interview Monday afternoon that he agreed with the decision to cancel the state's presidential primary contest.

Jacobs said it was a "necessary move" by the New York election officials to protect the health and safety of voters and poll workers.

He noted that the outcome was essentially "pre-determined" since Sanders dropped out of the Democratic race and emphasized the need to protect voters amid the coronavirus pandemic.

As for allocation of delegates, the party chairman said they will work with the Democratic National Committee to come up with a plan as needed.

Jacobs said he has not had any discussions with the Sanders or Biden campaigns yet.