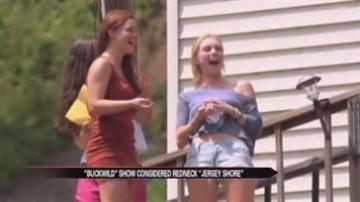 WEST VIRGINIA -- Before a single episode has aired the newest MTV show dubbed "The Redneck Jersey Shore" is already under fire.

They're calling it "Buckwild" and it follows a group of friends from West Virginia behaving wildly with carefree attitudes.

Now the former governor and just reelected Senator of West Virginia is calling them out.  He is defending the dignity of his state calling for changes, something Gov. Chris Christie tried in New Jersey.

"I'm understanding they took 4, 5, 6 different takes to get them to act as outrageously as they wanted to get it really," said Senator Joe Manchin. "What I saw is not what I see in everyday life in West Virginia."

Another critic said just from the promo reel that it looks like the young people have a complete "lack of concern" for their future by the way they behave.