CEO's pay is under fire amid opioid epidemic 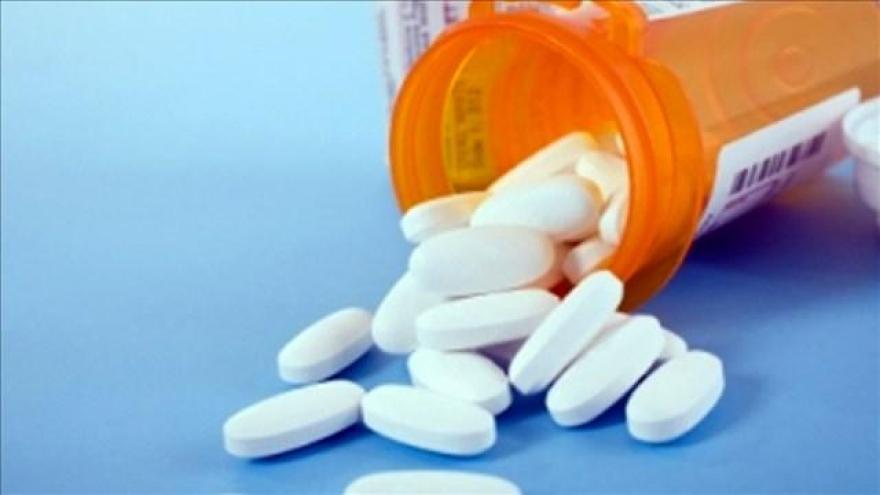 NEW YORK (CNNMoney) -- McKesson CEO John Hammergren has earned $692 million in the past 10 years. The Teamsters think that's too much.

On Wednesday, the union plans to protest Hammergren's compensation at the drug distributor's annual shareholder meeting. They argue that McKesson, as a distributor of oxycodone and hydrocodone pills, has played a role in the U.S. opioid epidemic.

"For years, McKesson allowed opioids to flood into our communities, and despite the irreparable harm and growing reputational and financial risks, the company has continued to reward [Hammergren] with ballooning bonuses and some of the most lucrative pay packages in the country," Teamsters General Secretary-Treasurer Ken Hall said in a statement.

The union, which holds more than $30 million worth of McKesson shares, has also filed a shareholder proposal to install an independent board chairman who hasn't previously served as a top executive.

Hammergren, who has been CEO of McKesson since 2001, has served as chairman of the firm since 2002 as well.

"We can't afford another decade of business as usual at McKesson," Hall said.

For its part, McKesson is asking shareholders to approve Hammergren's compensation and oppose the Teamster's chairman proposal, and says it's working hard to address the opioid crisis.

"We take our responsibility to help manage the safety and integrity of the pharmaceutical supply chain extremely seriously and are committed to maintaining -- and continuously improving -- strong programs designed to detect and prevent opioid diversion," the company said in a statement to CNNMoney.

The state treasurers of West Virginia, Illinois and Pennsylvania backed the idea of an independent board chairman in a letter sent to McKesson on Monday. They also said McKessen should include a "metric for senior executive compensation related to progress towards the fight against the opioid epidemic."

McKesson shareholders, including the Teamsters, worry about the company's financial exposure.

In its petition, the union cites the "potential reputational, legal and regulatory risks McKesson faces over its role in the nation's opioid epidemic."

In January, McKesson agreed to pay a $150 million settlement and suspend sales of controlled substances from distribution centers in Colorado, Ohio, Michigan and Florida, according to Justice Department documents. The government said it concluded that the company had not properly identified pharmacy orders that should have been scrutinized due to their frequency and size. In 2008, McKesson was fined $13.25 million for a similar problem, the department said.

Many Teamsters also come from areas afflicted by the opioid epidemic -- and for them, the subject of addiction hits home.

At the 2016 Teamsters international convention Travis Bornstein, president of the Local 24 group in Akron, Ohio, spoke about his son Tyler, who died of a heroin overdose in 2014 at age 23.

The Teamsters raised more than $1.4 million to fight addiction after he spoke, according to a union statement about the event.

Hammergren's 10-year payout of $692 million includes his salary and bonus, as well as the value of his vested shares and the money he made when he exercised his options, according to executive compensation data firm Equilar.

Much of that value comes from the dramatic rise in the company's stock price. The value of shares has nearly tripled since mid-2007, Equilar said.

The Teamsters' efforts "do little to address the root causes of the opioid epidemic," the company said. McKesson also said it believes the Teamsters' actions are related to a labor dispute at one of its facilities.

The Teamsters represent about 1,500 McKesson workers and one group is bargaining for its first contract, according to a union official. But the group said its efforts to hold drug distributors accountable for the opioid crisis stem from the response the issue received at last year's national convention.