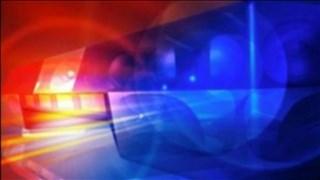 Niles area schools were on lockdown Thursday afternoon while the Berrien County Sheriff's Office attempted to serve a warrant on a wanted person.

Dr. Michael Lindley, the Superintendent of Niles Community Schools, says all 11 of their schools were placed on lock-down immediately after receiving a request to lock down schools from the Berrien County Sheriff's Office at approximately 2:25 p.m.

The lockdown was requested because officers were attempting to serve a warrant at a home in the area of 9th and Ferry streets.

Witness Samuel Green lives in the area where the officers were attempting to serve the warrant.

He said deputies asked everyone in the neighborhood to stay in their homes so he watched from inside his home.

He said the deputies surrounded a house and finally went inside, but they didn't find the person they were looking for.

Green said he believed they were looking for the man who shot someone at a storage facility a few weeks ago.

Superintendent Dr. Lindley says after the lockdown was requested, students who were picked up by parent or guardian and students who rode the bus were allowed to leave the school at their scheduled times.

Students who walk home were kept at their respective schools until the all-clear was given.

They did have to ask high school students who were outside participating in sports to go indoors until the all clear was given.

Dr. Lindley says the all-clear was given to him by the sheriff's office at approximately 3:50 p.m. and all of the students were released at that time.

Dr. Lindley says he is proud of the staff members at Niles Community Schools because of how quickly they responded in keeping their students out of harm's way.