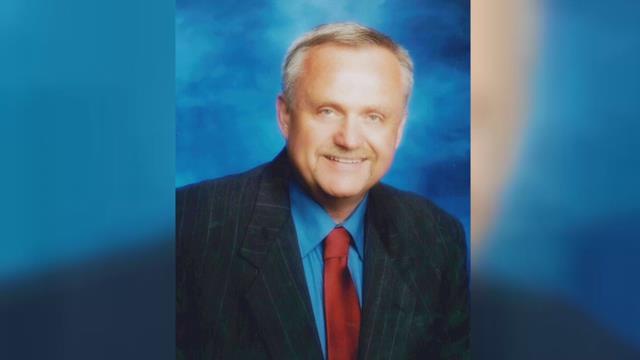 The Niles community is remembering a man they consider a "hometown hero." They say this man dedicated his life to make the world around him a better place.

Scott Clark was born and raised in Niles. He passed away on November 27 at the age of 57 following complications from diabetes.

Prior to his death, he in was in middle of serving for the 12th year as a council member on the Niles City Council. He represented the Fourth Ward.

“I actually met Mr. Clark about 28 years ago. Mr. Clark’s really been instrumental as a city council member. Council members often pick projects that they’re passionate about but Mr. Clark had a lot of passion and projects,” said Rick Huff, Niles City Administrator.

Huff recalled numerous projects Mr. Clark helped to complete, one of which was the War Memorial in Niles.

“Our War Memorial is really in a pretty prominent location in Niles and mostly because of him and his push to have the City Council dedicate property right along Main Street and Riverfront Park for the War. Memorial,” Huff added.

In addition to working for the city, Clark also had his own business. He owned and operated Clark's Service for more than three decades. Through his business, he made connections with first responders, law-enforcement, and many other people.

“He drove a tow truck so when we had crashes and things like that, he’d be out there and just really knew what he was doing when it came to the wrecker business. He just knew the in and outs of the job,” Moore said.

Moore added that when Clark fixed their vehicles it was always done right.

"He would always get our cars in right when they break and get them right back out to us as quick as he could and that was something that was really special,” Moore added.

Tim Skalla served with Clark on the City Council and they represented the Fourth Ward together.

“He loved Niles with all of his heart. The guy had a big heart. He would help anybody out with anything and will be missed in so many ways it’s hard to even mention,” said Skalla.

“I’ve known Scott for many, many years. He’s one of those individuals in the community that probably knows most everyone in this town," said Weber, CEO of Niles-Buchanan YMCA.

In 2012, Clark was honored with the Man of the Year Award by the Four Flags Area Chamber of Commerce.

"We want to thank everyone for their generous outpouring of love and support which we have received during this difficult time. The community’s response to our collective loss comforts our family deeply and is a testament to Scott's impact on us all. Hold him in your thoughts and prayers as we celebrate his life. Help us honor his legacy by paying it forward through acts of kindness and compassion which remain his hallmark."

Donations are being made in his name to Greater Niles Babe Ruth Baseball.

His funeral service will be at 10:30 a.m. Wednesday morning at Brown Funeral Home in Niles.

Condolences, photos and memories can be shared with the family here.