Niles police under investigation after man claims he was beaten 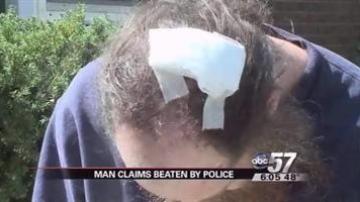 NILES, Mich. -- Some Niles cops are under investigation!

The police chief said he is checking to see if they did anything wrong during a Saturday night arrest.

Witnesses said William Parker was beaten and tasered all because he wanted to ride in an ambulance with his mother.

Neighbors said it was police brutality and that Parker was beaten with a flashlight.

The chief told us on Monday that his officers said Parker should be charged with interfering.