Niles Public Library steps in to help the Salvation Army 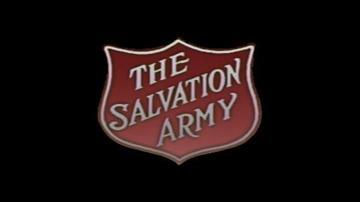 Niles, MI - The Salvation Army in Niles is celebrating with the news that they will be provided with the space they need for the "Feed his Sheep" program.

The program, "Feed his Sheep," started last year with 170 kids.

The Salvation Army provides backpacks filled with food for kids to eat on the weekend in the Niles, Buchanan and Brandywine districts.

Last year was the first year for the program and they were surprised that it started off with such a high number of kids.

"We don't have a dedicated space for this program because were in such a small facility one program needs to move out to make room for the next," Jan Knowak-Lumm the Director of Caring Ministries at the Salvation Army said.

Space is the issue, the backpacks fill the worship area. When it's time to worship all the backpacks need to be moved into a tiny room, stacked on top of one another. After worship they are all brought back out again.

Last year Nowak-Lumm said it was a stretch with 170 backpacks, this year they expect up to 400 kids to sign up, a number they just can't service.

"It literally pains me to think of the kid we may not reach, that we may not serve."

Because of the increase in needs volunteers at the Salvation Army are asking for someone to come forward that has space they can store the food, supplies and backpacks during the school year.

They need a 1,000 - 1,500 sq. foot, heated space with full access. They are hoping they can find a facility like this in Niles or Buchanan for free. Without it they fear they may only be able to serve 170 kids or less this year.

"I know it's out there. I know this program we're doing we're doing on Gods errand and I know that location is out there. We just need to let them know so they can step forward," Nowak-Lumm said.

Monday the Niles Public Library came forward saying they have the space that the Salvation Army needs.

"We all toured and walked through the spaces and looked at what she had and it was so much more than we could have asked for."

Maria Brown is recently divorced and a single mom of a 10, 8 and 7 year old.

"They had enough for full breakfast, lunch and dinner."

The food was something that Brown said she couldn't afford, even though she works full time as a school bus driver.

"I really appreciate it, they have no idea how much it helps.

Brown's three kids were in jeopardy of losing the programs assistance now, competing with some 400 other kids that need the help to.

Brown said she is so excited that the program is going to allow other kids on and that the library stepped up.

The Salvation Army said they had a lot of people come forward asking how they could help but didn't have space, they said they are always in need of non perishable food items to fill those backpacks up!