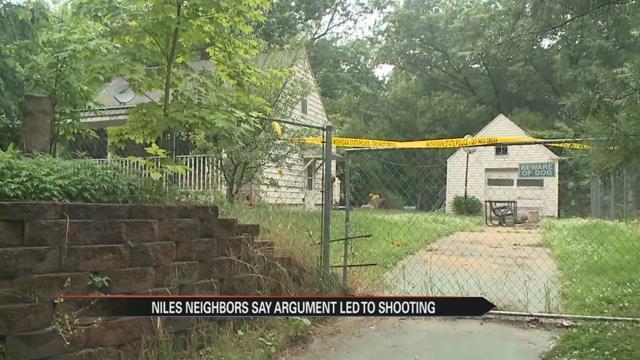 A witness called police around 2:00 p.m. after shots were fired at his residence in the 1200 block of Bertrand Road.

Police say the incident began as an argument between two men and shots were fired.

A 41-year-old male victim was taken to the hospital with a gunshot wound to his chest. He is in critical but stable condition.

Michigan Police have arrested a 24-year-old man for assault with a deadly weapon, felony firearm, and possession of a firearm while intoxicated.

“We'll be on scene for probably several hours, working on a search warrant as well and we have crime scene investigators en route to the scene at this time," says Trooper Jessie Binns with the Michigan State Police.

The names of the victim and suspect have not yet been released.