Tuesday night's tornadoes all happened in a matter of minutes. It left many wondering how it could strike without warning? Walking through the timeline of events we all can learn what can be done and the limitations of our technology.

In the digital age we expect to know instantly about events, however you can't be warned about a tornado until it actually happens. If there's no tornado or at least some rotation it won't show up on radar. Even then some events are so small they are almost invisible to current detection.

Of the three tornadoes the one in Niles caused the most destruction, as it cut through a neighborhood. Luckily no one was injured or killed.

At 8:35 p.m. a severe thunderstorm warning was issued for Northern Indiana and Southwest Michigan, including Niles.

At 835 PM EST/735 PM CST/, severe thunderstorms were located along a line extending from near Benton Heights to near Buchanan to Westville, moving east at 65 mph.HAZARD...60 mph wind gusts and quarter size hail.SOURCE...Radar indicated.IMPACT...Hail damage to vehicles is expected. Expect wind damage to roofs, siding, and trees.

Given the current radar picture there was no indication of any tornadoes. This was a line of strong storms that would produce gusty wind.

At 8:54 p.m. the first tornado touched down in Niles, it was on the ground for just over a half mile and lasted approximately two minutes.

At 8:56 p.m the second tornado touched down near Dowagiac and was on the ground for over two miles but still only lasted about four minutes.

Below is the line of storms at 9:00 p.m. with the tornadoes locations plotted. 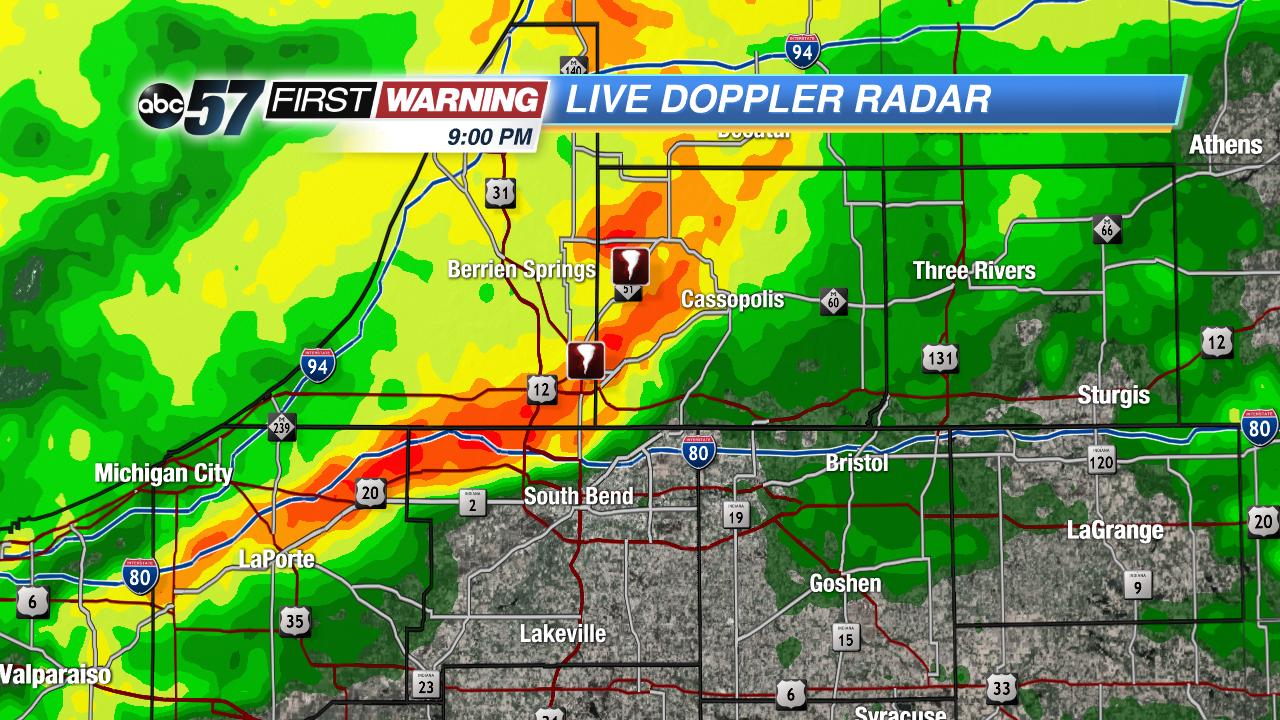 At 9:06 p.m. another severe thunderstorm warning was issued for the same line.

At 906 PM EST/806 PM CST/, severe thunderstorms were located along a line extending from near Marcellus to 6 miles north of Simonton Lake to near South Bend, moving east at 50 mph.HAZARD...60 mph wind gusts and nickel size hail.SOURCE...Radar indicated.IMPACT...Expect damage to roofs, siding, and trees.

At 9:12 p.m. the third and final tornado touched down near Vandalia and progressed for five miles, lasting for about three minutes. 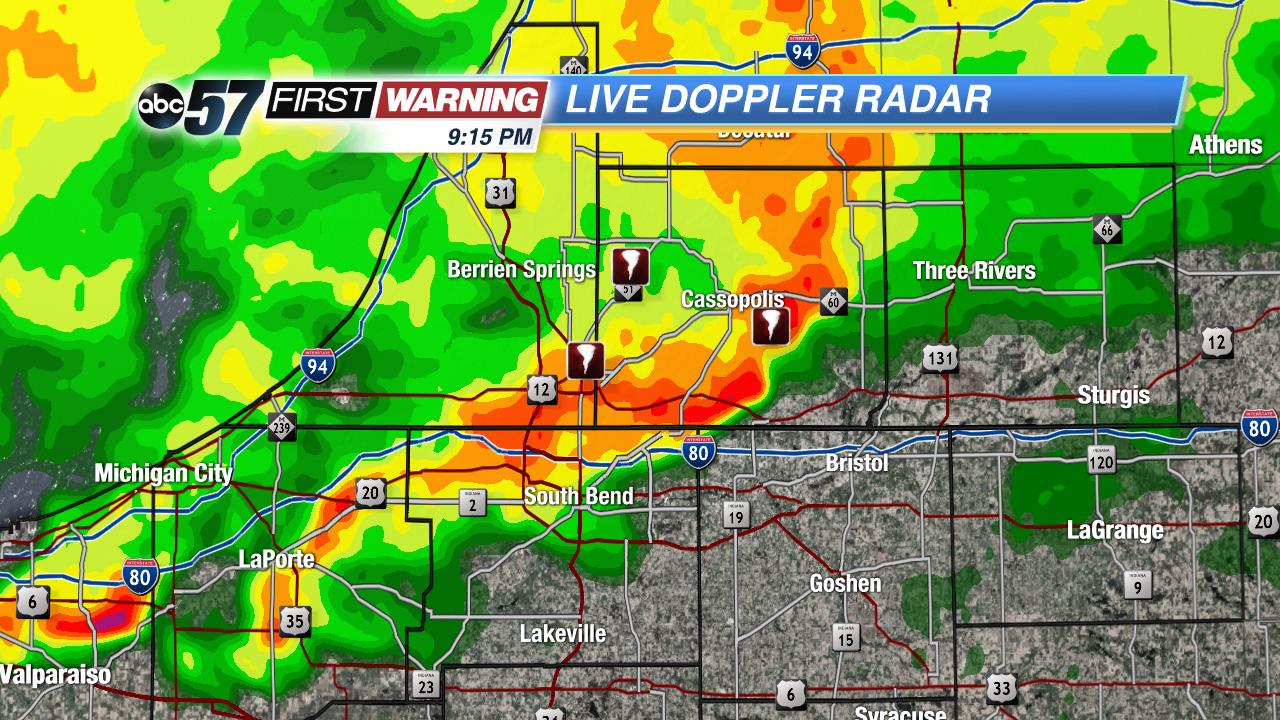 More for the storm survey from the National Weather Service of Northern Indiana can be found here. 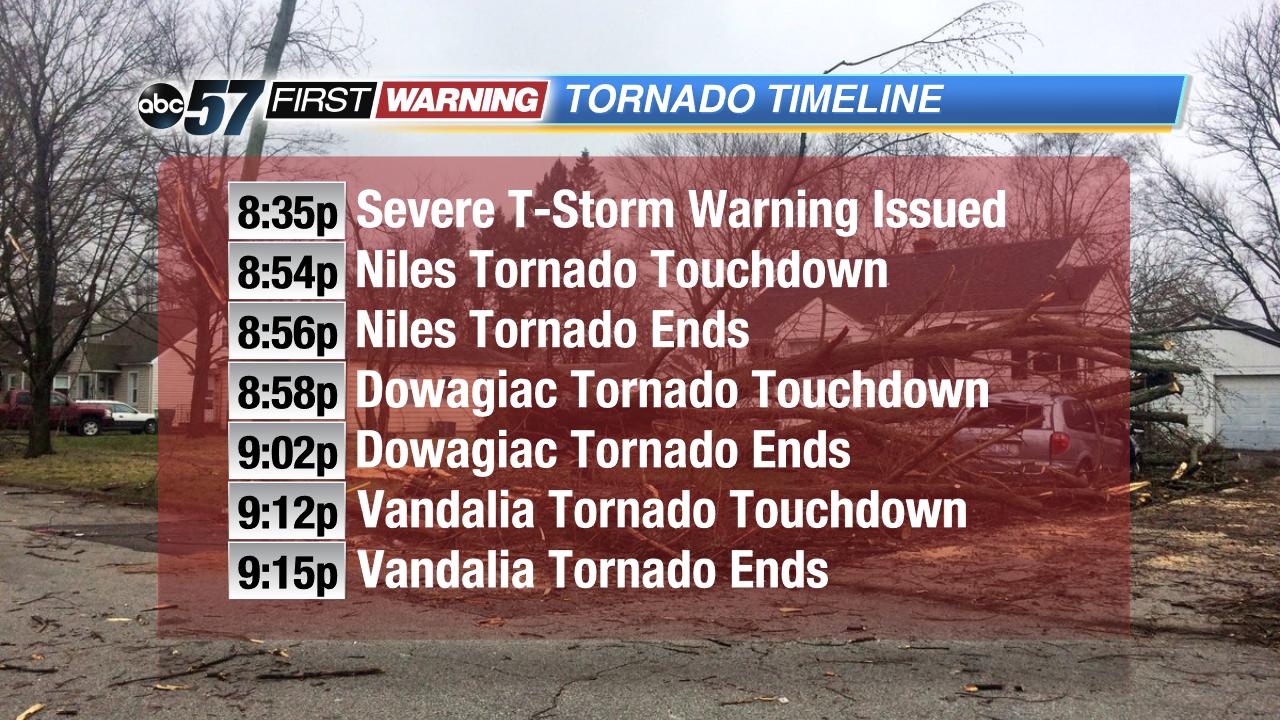 Why was there not a tornado warning?

The quick answer, there was no sign of a tornado on the radar or from from reports until well after it happened. This is where we learn about the limitations of our current technology. You can't see a tornado on the radar until it happens. In storm mode it takes about five minutes for a radar scan to complete. As we learned from the timeline each tornado lasted for less than five minutes. They likely happened between scans and typically it takes more than a few scans to confirm.

These small and quick tornadoes are hard to spot, these are far from the more obvious large vortex tornadoes, like what we saw near Ottawa, IL early on February 28th. 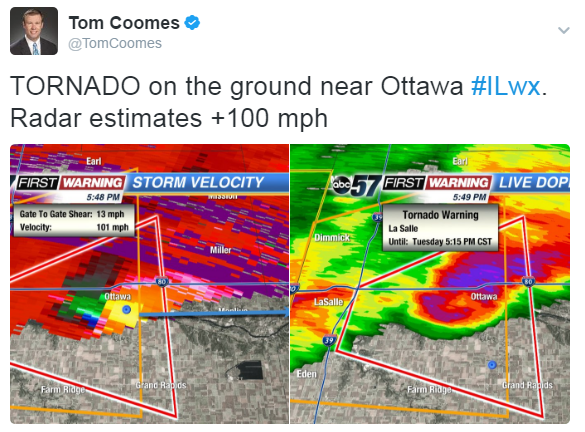 Many small tornadoes aren't always detected by radar. It's initial reports of damage of a funnel cloud being spotted, often by law enforcement. By the time any word of significant damage came, roughly around 9:20 p.m. to 9:30 p.m. that part of the storm was well over and clear. So without any of those clues a siren could not be sounded. In fact these storms could have easily just have put a quick tornado down in a random farm field and none of us would likely have known.

I spoke with both the mayor of Niles Nick Shelton and the city manager Rick Huff. They wanted to know more about what they could have done. I was told when there is severe weather the police and fire departments are already out patrolling looking for damage. Had a police office saw the Tornado or the damage it still would have already been over by the time the officer radioed to sound the sirens.

One last rant about sirens. In the digital age when we want everything at our fingertips, why are we waiting to hear a warning device from WWII? Do not rely on a siren to be the first or final decider for your personal safety. It's why we have TV, Apps, Facebook and twitter. They are good to have, especially if you're outside in summer. However they can't replace being weather aware and storm ready. 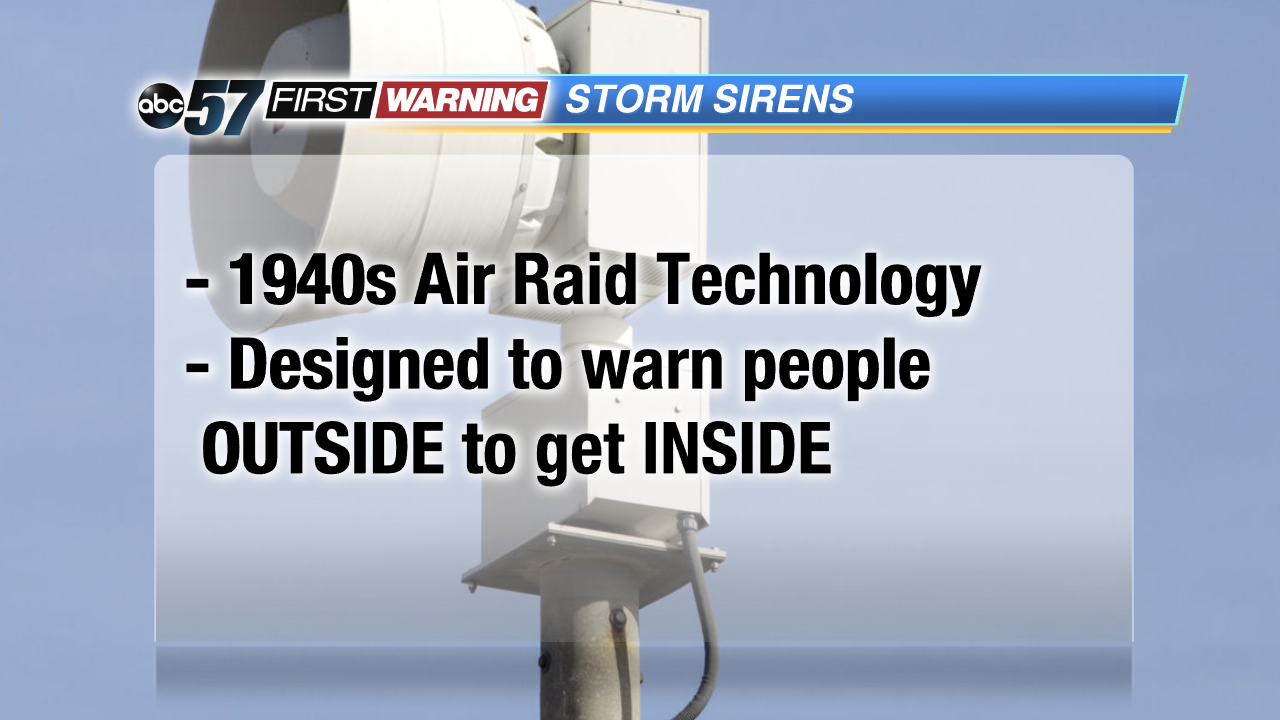