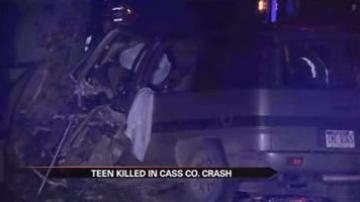 Witnesses told police that the van driven by 19-year-old Dajuana Marie Davis of Niles was traveling north on Ironwood Road at a high rate of speed when she lost control of the van and hit a tree.

The van then caught fire.

Police say that Davis had to be extricated from the vehicle. She was then transported to Memorial Hospital where she later died.