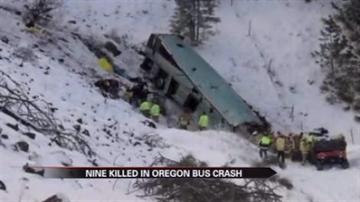 It happened early Sunday morning and investigators are still trying to figure out if the crash was weather-related.

Rescue crews used ropes to help bring survivors back up to the road.

Officials say at least 40 people were on board. No word on where that bus came from or where it was going.