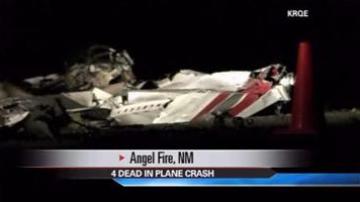 ANGEL FIRE, N.M. — A family of four is dead after a their small plane crashed in New Mexico. The plane was flying from Texas when it went down.

Officials have not determined the cause of the crash.  But FAA officials believe that that heavy winds were a factor in the crash.

Two adults and two children were inside the plane.