No charges filed against South Bend councilman for police incident 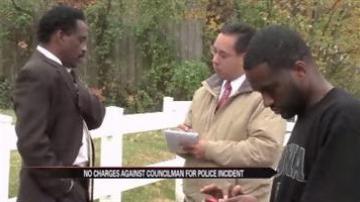 SOUTH BEND, Ind. -- ABC 57 is learning no charges have been filed against South Bend Councilman Henry Davis Jr. for an incident involving police in October.

His father Henry Davis Sr. was in court Monday for charges connected to an October traffic stop.

The two were detained by police after they didn't pull over quickly when told to do so. Recordings of the pursuit have not been released to the media.

The special prosecutor in the case said it is still under investigation and charges against Davis Jr. could still be filed at a later date.