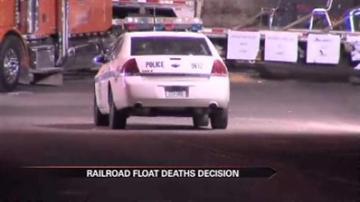 MIDLAND, Texas -- A Texas Grand Jury decided not to charge the driver of a parade float involved in a train crash that killed four war veterans.

Back on November 15th police say 50-year-old Dale Hayden drove over a railroad track in Midland after the crossing warning system activated.

A train then struck the float at 63 miles an hour killing four veterans and injuring 17 other people.

The decision does not deal with the civil lawsuits that the victim's families have filed in the case.