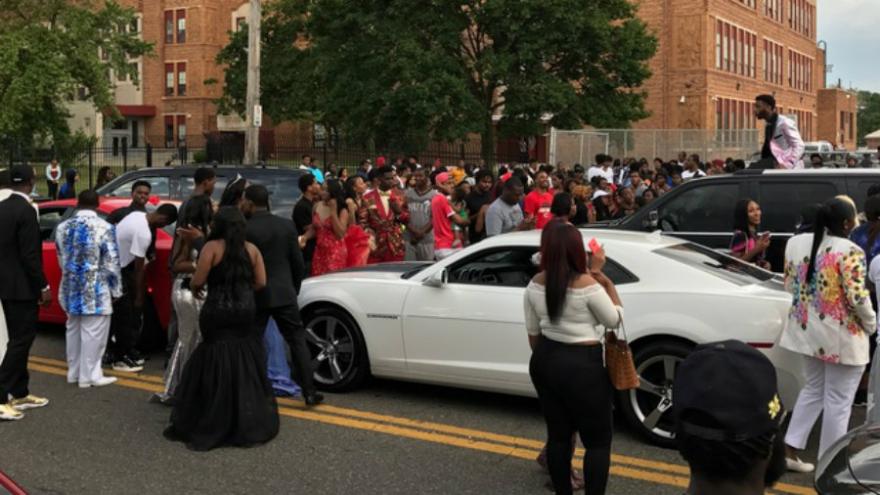 We're told two girls, who had absolutely nothing to do with the prom, started fighting right near hundreds of students.

All of the students were there showing off their looks and cars, before heading to the dance venue on the east side.

It's not clear if students jumped in fearing for their safety.

Two gunmen then fired several shots in the air, but thankfully it appears no one was shot during the chaos.

At least one person was arrested by Detroit Police.

Students continued on to prom.

Witnesses tell 7 Action News there were several young kids around when this fight broke out around 7:30 pm.

Copyright 2017 Scripps Media, Inc. All rights reserved. This material may not be published, broadcast, rewritten, or redistributed.