No update on condition of former Notre Dame coach 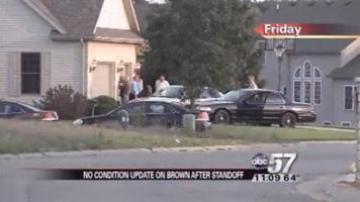 ABC 57 has been following this story since it broke, and as of Sunday night, there is no word on the condition of former Notre Dame defensive football coach Corwin Brown, who reportedly shot himself during a standoff with police.

Officials are staying tight-lipped about Brown's condition. He was hopsitalized Friday night for a self-inflicted gunshot wound during a nearly eight-hour standoff with SWAT and police at his Granger home.