NOAA Winter Outlook: Another wet winter in the Midwest

NOAA Winter Outlook: Another wet winter in the Midwest

October 19, 2017 - Scientists at the National Oceanic and Atmospheric Administration (NOAA) have released their winter outlook. The forecast is very similar to last year as La Nina conditions are favored in the tropical Pacific Ocean.

La Nina is part of the El Nino Southern Oscillation (ENSO) cycle. During La Nina cooler than normal conditions are likely in the eastern Pacific ocean, this can be a dominate cycle that can impact global weather patterns. 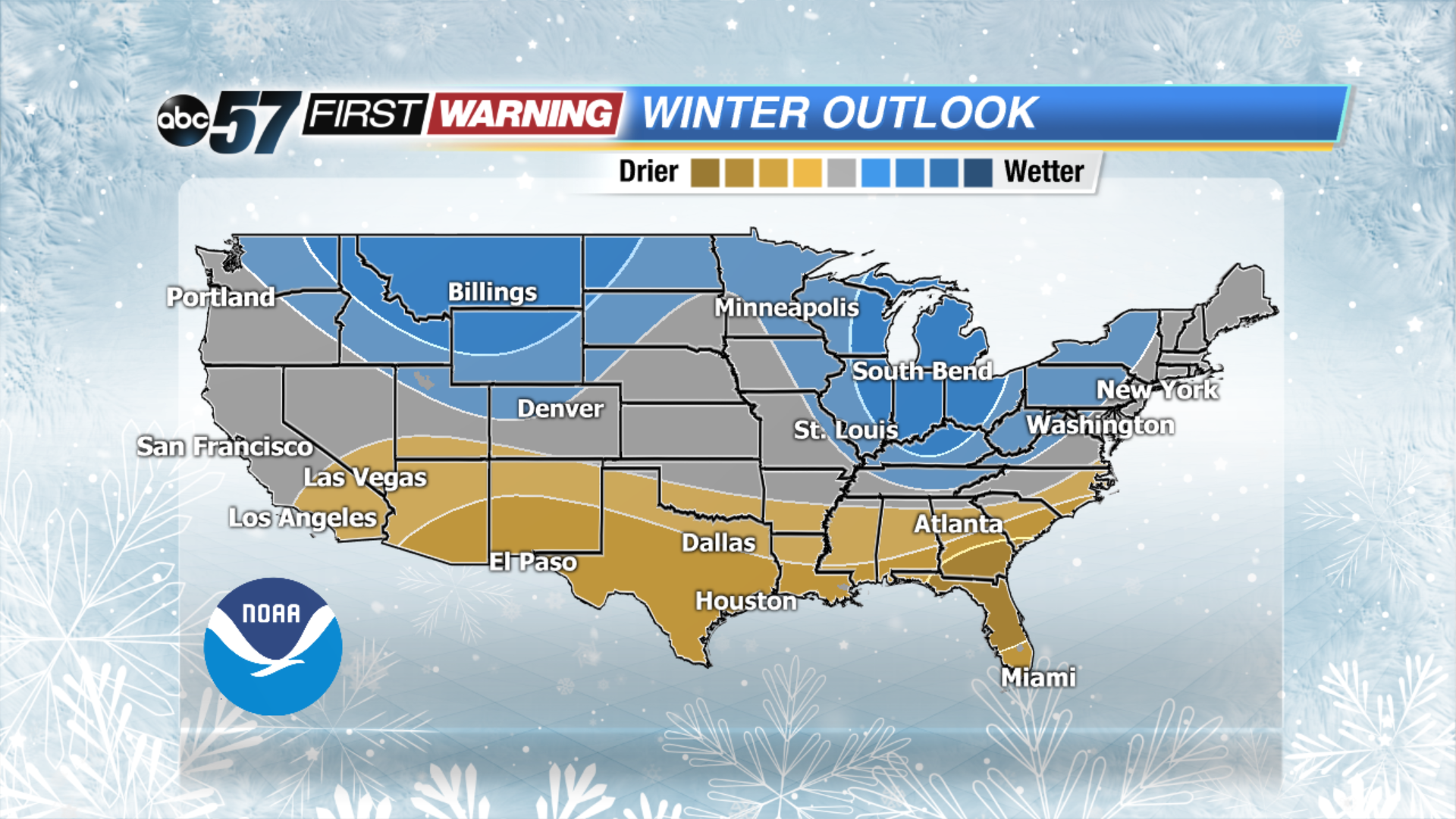 Similar to last year the NOAA outlook say wetter than normal conditions are more likley across the Great Lakes and northern tier of the country. This does not necessarily mean a lot of snow. In January and February of 2017 Michiana saw above normal precipitation but it almost entirely fell as rain. 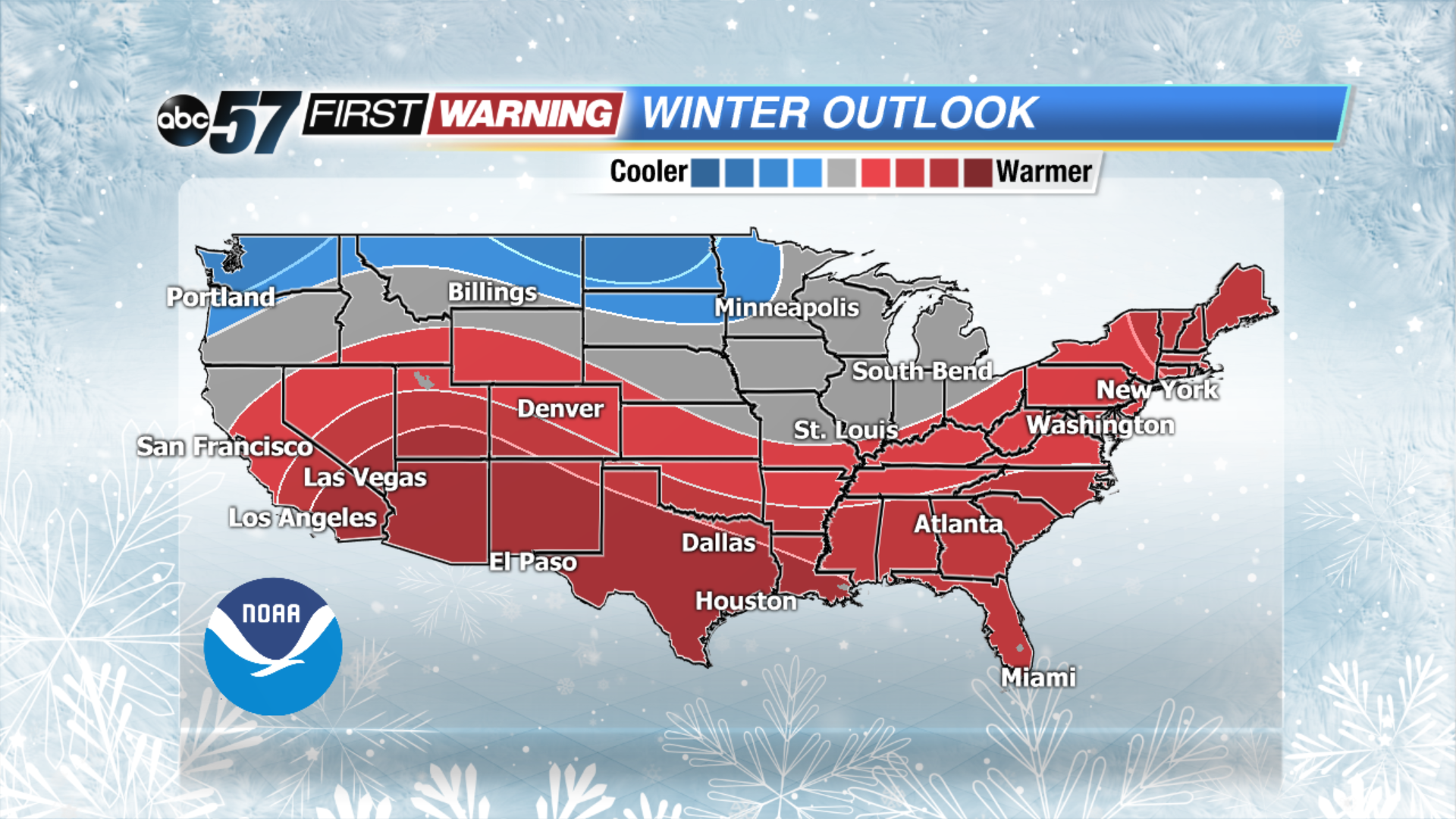 This is the key factor in how harsh and snowy a winter could be. This outlook is nearly identical to last winter with a very high probability for warmer than normal temperatures for the southern half of the United States. Only the Northern Plains and Pacific Northwest are given a likelihood of being colder than normal. The Great Lakes are in a region of what is called 'equal chances' meaning it's statistically just as likely to be above or below normal.

You can read the full outlook form NOAA here

The First Warning Winter Outlook for Michiana will be published and air in November.