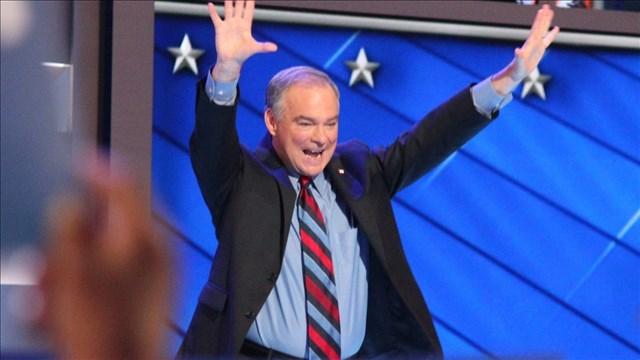 The original tweet, now deleted, said: "@timkaine wears a Honduras flag pin on his jacket but no American flag. Shameful."

As noted by WNYT reporter Ben Amey, Kaine's lapel pin was a Blue Star Service pin in recognition of his son, a Marine on active duty. The official flag of Honduras has two blue bars and five stars on a white field in the center of the flag.

Woodhouse apologized to Kaine and his family.

"There are now procedural measures in place to make sure it does not happen again," he said, adding that members of the party's staff faced "severe internal sanctions."

Both Kaine and Republican vice presidential nominee Indiana Gov. Mike Pence have sons currently on duty as Marines. Kaine's son, Nathaniel, is a first lieutenant who recently deployed to Europe, and Pence's son, Michael, is undergoing pilot training in Florida.