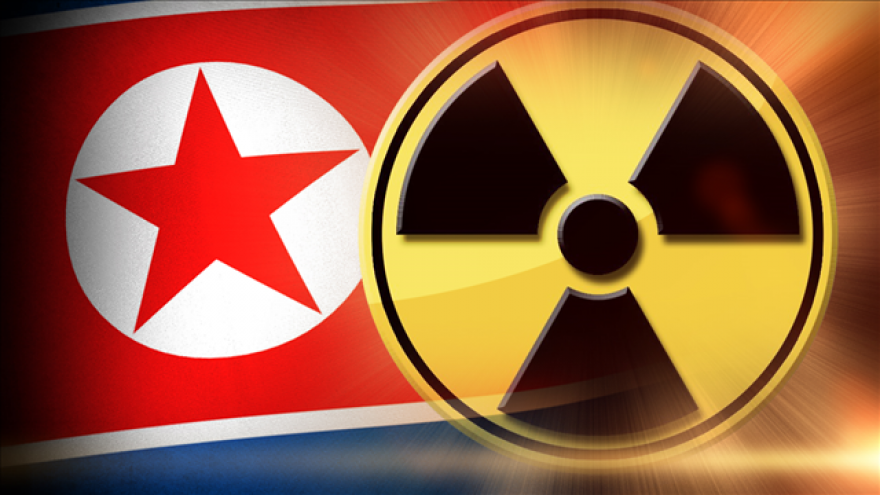 (CNN) -- Here is a look at North Korea's nuclear capabilities and the history of its weapons program.

1993
The International Atomic Energy Agency (IAEA) demands that inspectors be given access to two nuclear waste storage sites. In response, North Korea threatens to quit the NPT but eventually opts to continue participating in the treaty.

2002
January 29 - US President George W. Bush labels North Korea, Iran and Iraq an "axis of evil" in his State of the Union address. "By seeking weapons of mass destruction, these regimes pose a grave and growing danger," he says.

October - The Bush Administration reveals that North Korea has admitted operating a secret nuclear weapons program in violation of the 1994 agreement.

February - The United States confirms North Korea has reactivated a five-megawatt nuclear reactor at its Yongbyon facility, capable of producing plutonium for weapons.

April - Declares it has nuclear weapons.

2005
North Korea tentatively agrees to give up its entire nuclear program, including weapons. In exchange, the United States, China, Japan, Russia and South Korea say they will provide energy assistance to North Korea, as well as promote economic cooperation.

October - North Korea claims to have successfully tested its first nuclear weapon. The test prompts the UN Security Council to impose a broad array of sanctions.

2007
February 13 - North Korea agrees to close its main nuclear reactor in exchange for an aid package worth $400 million.

September 30 - At six-party talks in Beijing, North Korea signs an agreement stating it will begin disabling its nuclear weapons facilities.

December 31 - North Korea misses the deadline to disable its weapons facilities by the end of the year.

October 11 - North Korea is removed from the US list of states that sponsor terrorism.

2009
May 25 - North Korea announces it has conducted its second nuclear test.

2011
October 24-25 - US officials meet with a North Korean delegation in Geneva, Switzerland, in an effort to restart the six-party nuclear arms talks that broke down in 2008.

2012
February 29 - The State Department announces that North Korea has agreed to a moratorium on long-range missile launches and nuclear activity at the nation's major nuclear facility in exchange for food aid.

May 24 - A spokesman for South Korea's Defense Ministry says that based on analysis of commercial satellite images at North Korea's nuclear test site, North Korea appears ready to carry out a nuclear test at any time.

2013
January 24 - North Korea's National Defense Commission says it will continue nuclear testing and long-range rocket launches in defiance of the United States. The tests and launches will feed into an "upcoming all-out action" targeting the United States, "the sworn enemy of the Korean people," the commission says.

2014
March 30-31 - North Korea warns that it is prepping another nuclear test and the following day, the hostility escalates when the country fires hundreds of shells across the sea border with South Korea. In response, South Korea fires about 300 shells into North Korean waters and sends fighter jets to the border.

2015
May 6 - In an exclusive interview with CNN, the deputy director of a North Korean think tank says the country has the missile capability to strike mainland United States and would do so if the United States "forced their hand."

May 20 - North Korea says that it has the ability to miniaturize nuclear weapons, a key step toward building nuclear missiles. A US National Security Council spokesman responds that the United States does not think the North Koreans have that capability.

December 12 - North Korea state media says the country has added the hydrogen bomb to its arsenal.

2016
January 6-7 - North Korea says it has successfully conducted a hydrogen bomb test. A day after the alleged test, White House spokesman Josh Earnest says that the United States has not verified that the test was successful.

March 9 - North Korea announces that it has miniature nuclear warheads that can fit on ballistic missiles.

September 9 - North Korea claims to have detonated a nuclear warhead. According to South Korea's Meteorological Administration, the blast is estimated to have the explosive power of 10 kilotons.

January 8 - During an interview on "Meet the Press," Defense Secretary Ash Carter says that the military will shoot down any North Korean missile fired at the United States or any of its allies.

January 12 - A US defense official tells CNN that the military has deployed sea-based radar equipment to track long-range missile launches by North Korea.

February 12 - North Korea test-fires a ballistic missile. It travels 310 miles from North Pyongan Province to the Sea of Japan. The Prime Minister of Japan, Shinzo Abe condemns the missile launch during a visit with US President Donald Trump.