North Korea plans military parade on eve of the Olympics 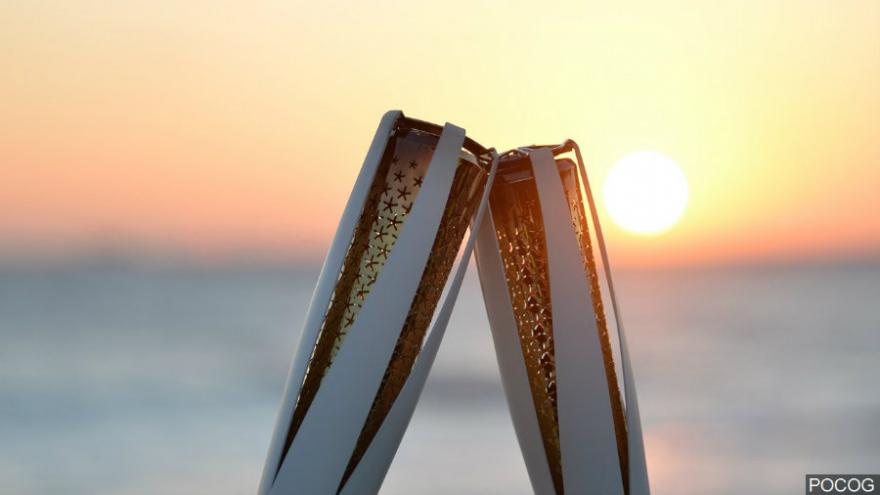 By Will Ripley, Tim Schwarz and James Griffiths, CNN

(CNN) -- The Winter Olympics opening ceremony may not be the only parade North Korea is planning on participating in next month.

Invitations sent to diplomats and satellite imagery suggest Pyongyang is preparing for a major military parade on the eve of the Pyeongchang games, which begin February 9 and will feature North Korean athletes and cheering squads.

A copy of what appears to be a letter sent from North Korean authorities to defense attachés, seen by CNN, invites them and their spouses "to attend festival functions held in Pyongyang" to mark the 70th anniversary of the formal creation of the Korean People's Army (KPA) on February 8.

Diplomatic sources in Pyongyang told CNN that defense attachés with relations to North Korea had received invitations to the event.

"(The ground) is typically very active prior to parades, while it sits fairly empty for the rest of the year," the report said, adding preparations for very large parades "are visible for months ahead of time."

A parade in Pyongyang would give leader Kim Jong Un a chance to remind the international community that while North Korea may be willing to talk peace right now, its military and nuclear capabilities have not lessened.

Chad O'Carroll, managing director of the Korea Risk Group and founder of NK News, said "a military parade just one day before Winter Olympics kick-off would likely draw criticism from much of the international community, especially given the US and South Korea's recent decision to delay scheduled military drills until after the Olympics finishes."

Korea watchers say Pyongyang is unlikely to acknowledge any link between the military parade and the Olympics, but while this year is a major anniversary, there has not been a major celebration of February 8 in many years.

February 8 and April 25 both have significance for the founding of the KPA. But April 25 has been the bigger date since the seventies, and has been designated Army Foundation Day. Winter parades are also rare, though some analysts attribute this to training schedules beginning towards the end of the year.

During the Day of the Sun parade in April last year, marking the birth of the nation's founder, thousands of soldiers could be seen marching in formation alongside military hardware, balloons and enormous crowds.

The Olympics are due to kick off on February 9 with a grand ceremony in Seoul. On Friday, torch relay runners visited the demilitarized zone (DMZ), the heavily-fortified de facto border between North and South Korea, passing the torch in the shadow of barbed wire fences and other fortifications.

However, North Korea canceled an advance trip to South Korea ahead of the Olympics, the South Korean Unification Ministry said.

"North Korea has informed South Korea on Friday around 10 p.m. through the Panmunjom communication channel that they withdraw their plan to send the advance inspection team for the art troupe tomorrow. North Korea has not provided a reason for the withdrawal."

News of the military parade comes after a flurry of rapprochement between Pyongyang and Seoul since a hotline between the two Koreas was reopened earlier this month.

In negotiations at the Panmunjom truce village on the DMZ, it was agreed the two countries would march together at the Olympics under a flag showing a unified Korean Peninsula. North Korea also agreed to send a large delegation of athletes, supporters and performers.

While many have welcomed the reduction in tensions on a Peninsula which last year appeared to be barreling towards war, some in Seoul and Washington have questioned whether South Korea is giving up too much for too little.

Analysts believe North Korean leader Kim Jong Un may be looking for a way to save face and project his military might without appearing to violate the spirit of the inter-Korean talks.

State media has reflected unease in North Korea with the possible resumption of joint US-South Korea military drills, ongoing sanctions, and pressure to add denuclearization to topics to be discussed at the DMZ.

"The reckless US-led joint military drills with South Korea to be conducted in South Korea anytime serve as a prelude to the aggressive war bringing a nuclear disaster to the Korean Peninsula," North Korea's Minju Joson newspaper said in a commentary Thursday.

The US deployed six nuclear-capable B-52 Stratofortress bombers to the Pacific this week, while at a summit in Vancouver Tuesday, where the top diplomats from the United States, Japan, Canada and the United Kingdom were in town to discuss North Korea, Japanese Foreign Minister Taro Kono warned now was "not the time to ease pressure towards North Korea."

Speaking earlier in the week, former US Secretary of State Ash Carter told CNN he wouldn't be surprised if North Korea held a parade ahead of the games.

"They will use this as the best theater they can, on the one hand making nice to Seoul and on the other hand standing strong (against) the United States," he said.