Northern lights to be visible across Midwest, Great Lakes

NOW: Northern lights to be visible across Midwest, Great Lakes

If seeing the northern lights is on your bucket list, you should highly consider planning some free time this weekend.

A G2 Geomagnetic Storm Watch has been issued by NOAA's Space Weather Prediction Center as a result of enhanced solar wind set to arrive from the sun. 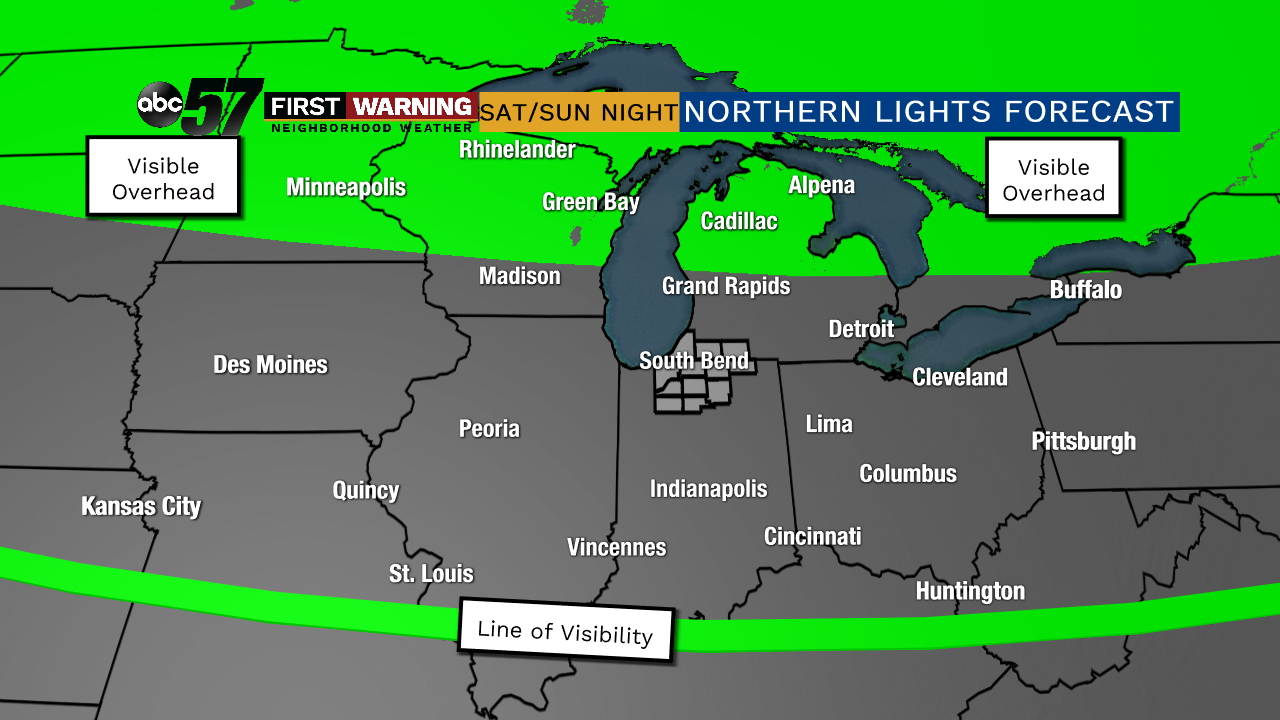 States with the absolute best chance at seeing the aurora borealis include:

Locations with a still legitimate shot at seeing the lights include: 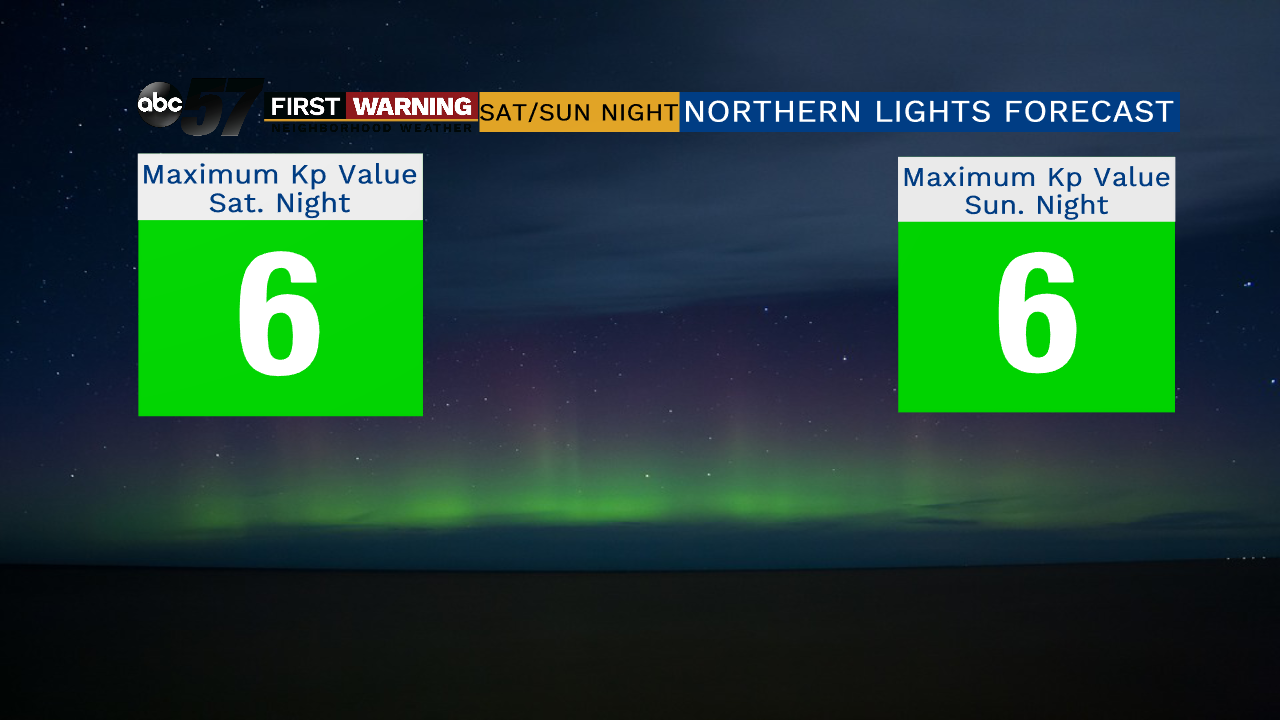 Maximum potential Kp values Saturday night and Sunday night are a 5-6.
The northern lights is not the easiest phenomenon to forecast due to the amount of fluctuation and change that can occur as solar energy departs the sun and arrives in Earth's magnetosphere. With this weekend's likely storming event, several factors suggest a potential for stronger conditions than projected as of Thursday morning.

The latest forecast as of 5 p.m. Thursday is calling for a G2 "moderate" geomagnetic storm, which would support the northern lights being visible into the Great Lakes. 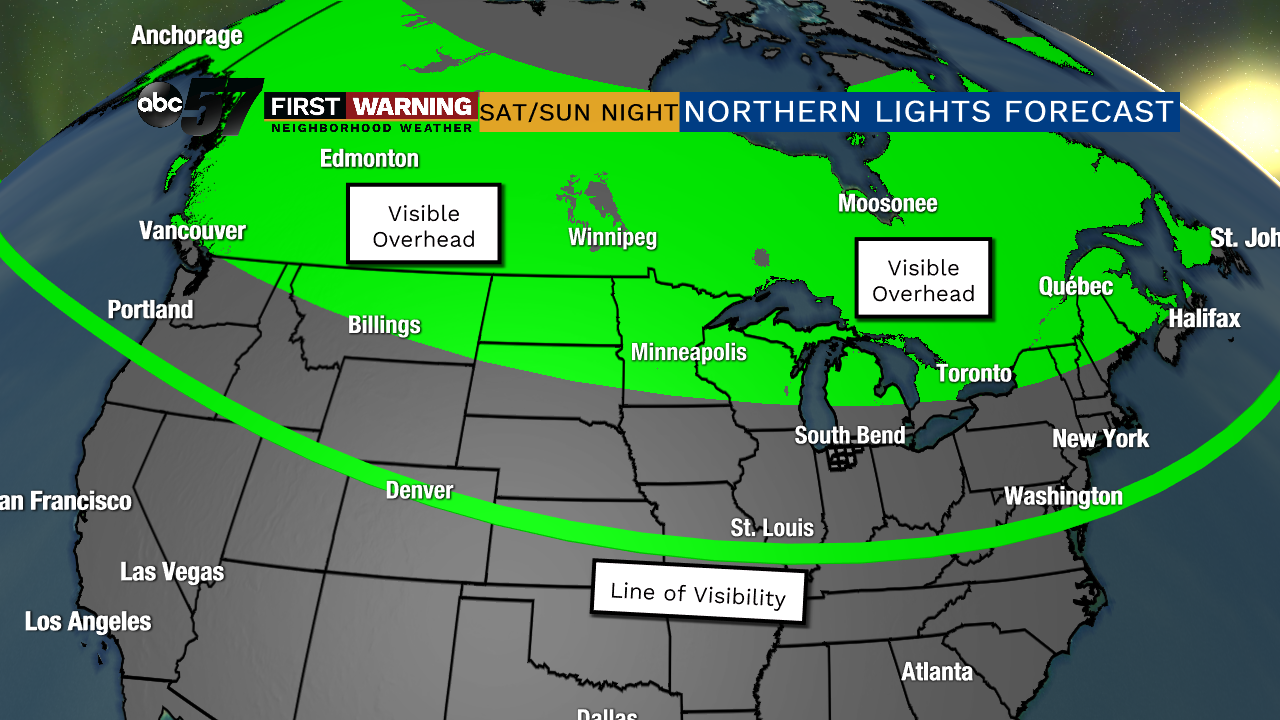 Extent of potential northern lights display Saturday night and/or Sunday night.
There's another way to look at a geomagnetic storm, its intensity and the likelihood of seeing the northern lights that may be easier for you. It's called a "Kp value," and it ranges from 0 to 9.

The higher the value, the stronger the storm. The current forecast is calling for Kp values to reach 5-6 both Saturday night and Sunday night.

When the Kp value gets to 6, the maps above represent the maximum southern extent of the northern lights Saturday and/or Sunday night.

It'll also come down to cloud coverage across the Midwest and Great Lakes. Be sure to pay close attention to the conditions over the weekend to determine if your area will have enough breaks in the clouds to venture out to a dark place and look for the lights.

Below are some links to consider if you'd like to monitor the forecast and current conditions: