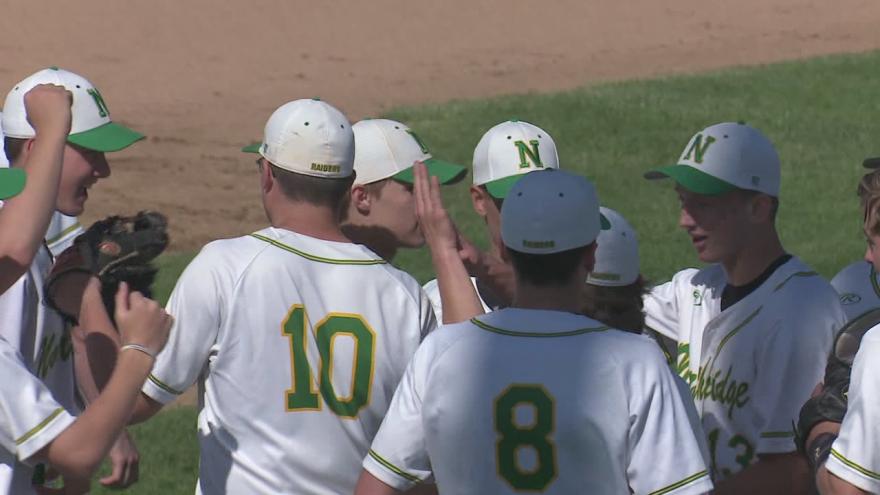 MIDDLEBURY, Ind. - Hours after a thrilling sectional championship game, Northridge baseball's celebration became bittersweet with the news of a player and coach being suspended for the next round.

Davis Enfield shined in the Raiders' 2-0 victory over Penn in the sectional title game, but exceeded the single-game pitch limit in doing so. Because of the violation, he and head coach Andrew Brabender were suspended by the IHSAA for one game. They will both miss Saturday's regional semifinal matchup against Mishawaka.

Northridge preferred not to comment further on the issue. Penn accepted the decision, but provided the following statement to ABC57.

"It was a great high school game and the pitch-count controversy should not take away from the outstanding performance by both pitchers. We support the IHSAA's decision in this matter, we congratulate Northridge on an impressive win and wish them the best as they advance to the regionals this weekend."

Northridge will meet Mishawaka at 2 p.m. Eastern Time at La Porte High School on Saturday. If they win, both Enfield and Brabender will be eligible for the regional championship game at 8 p.m.