Not as cold because more snow is on the way

NOW: Not as cold because more snow is on the way

Temperatures won’t be as frigid the rest of the week, the tradeoff is more snow. Another multi-day lake effect snow event is in the forecast. A clipper system will bring widespread light snowfall during the day Wednesday followed by a northwest flow that will setup lake effect bands. The more westerly, northwest wind will be more favorable to bring heavy snowfall to South Bend and Elkhart.

Snowfall through Thursday will bring more than six inches to extreme northern Indiana and southwest Michigan. After a brief lull there’s more snow through Friday, this could bring the three day total to more than a foot to some areas. 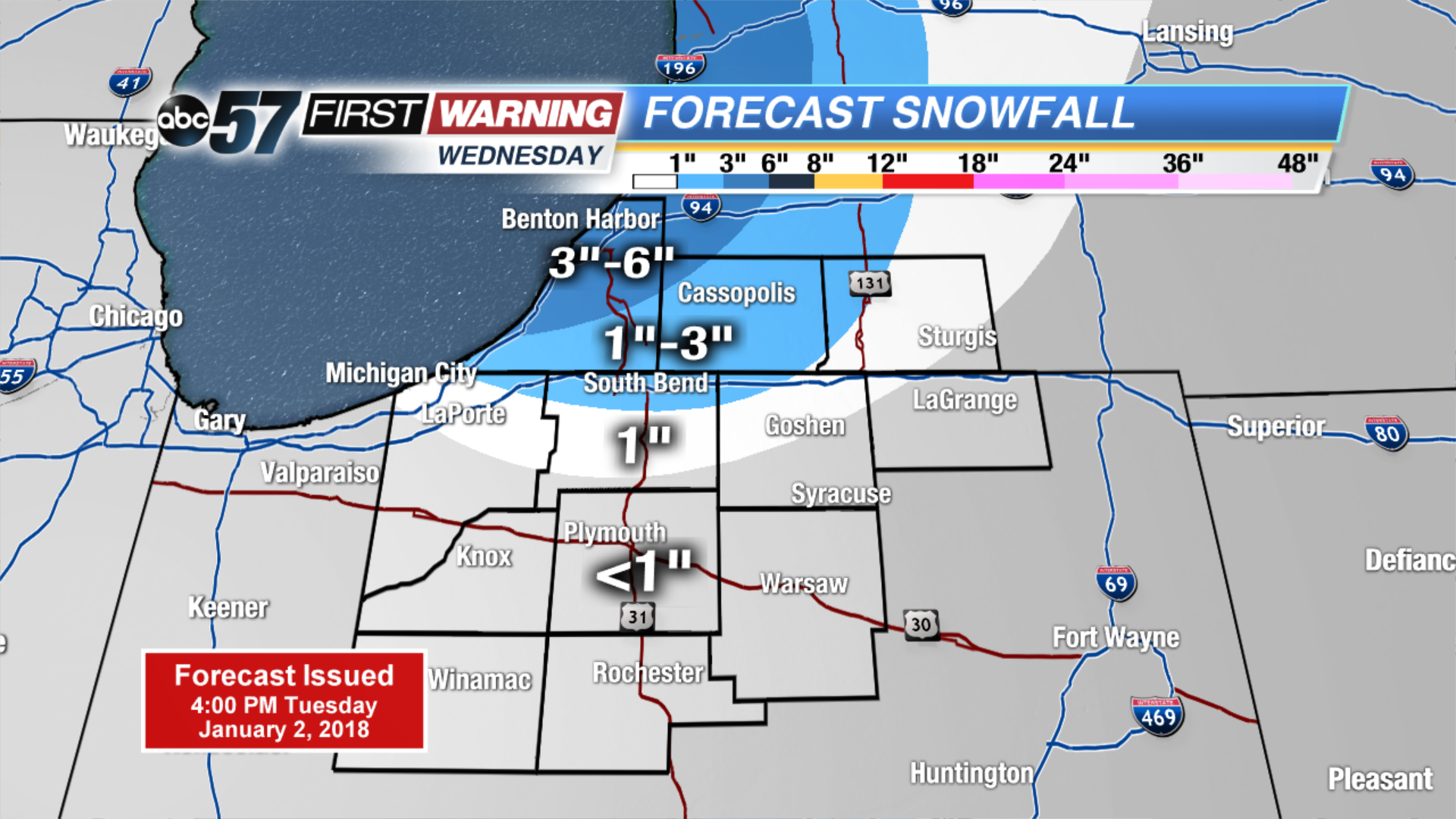 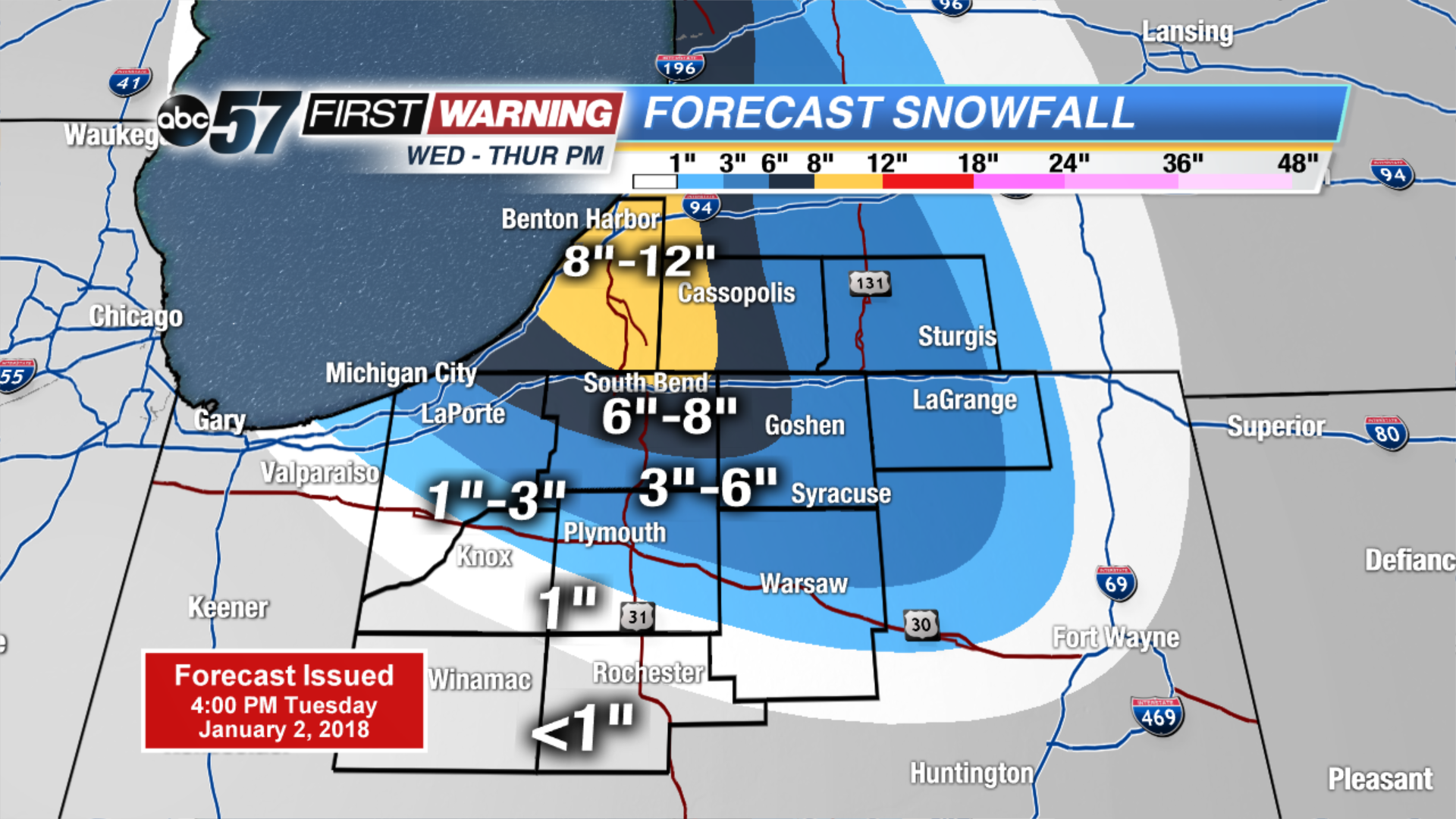