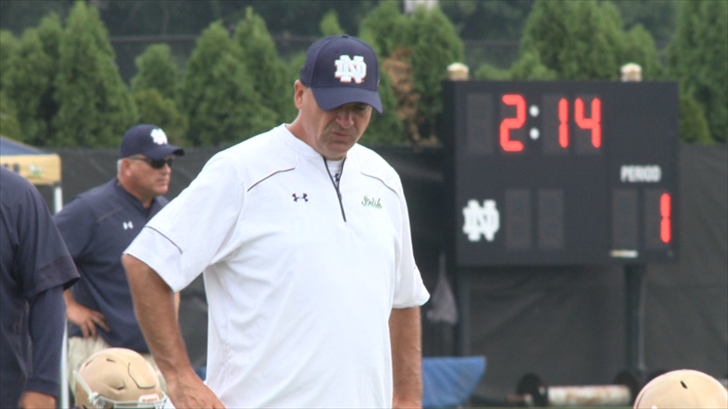 If Denbrock leaves, Head Coach Brian Kelly will be replacing all three coordinators and a key asset in Denbrock who has been calling plays. In what will be a pressure packed year for Kelly, and will likely involve him calling the plays.

Brian Kelly preached after the Irish's loss to USC that he would need to evaluate the blend of continuity and change but if Denbrock leaves, this offseason will reflect a lot more change than continuity.

UPDATE: Source says that Denbrock leaving for Cincinnati is premature, and that nothing is close to final yet.