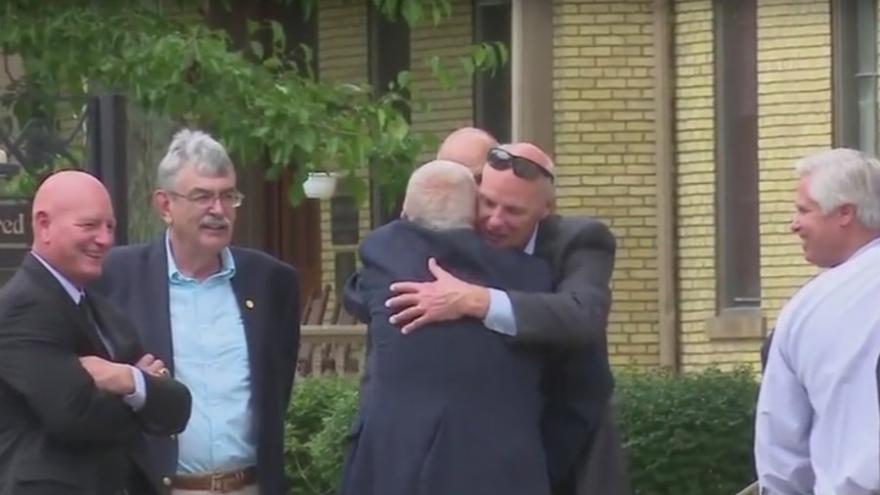 The Parseghian family, along with the University of Notre Dame held a memorial mass at the Basilica of the Sacred Heart for Parseghian Sunday afternoon.

Parseghian was head football coach at the University of Notre Dame. He led the Fighting Irish to national championships in 1966 and 1973. Parseghian died August 2 at his home in Granger.

One woman, who attended the mass, said it was all overwhelming.

“It’s overwhelming for a man, a coach, a husband, a father,” said Margie Hogan.

Hogan and her husband, Deacon, were at today’s mass remembering Parseghian.

It was standing room only, the back of the Basilica was filled with folks paying their respects to man they say gave it all for his community.

Riley was on vacation in Fort Wayne from South Carolina and made it a point to stop in South Bend for Coach Parseghian.

“You know the story of Parseegan was absolutely great,” said Riley.

Riley said he really became a fan of the coach once he started the Ara Parseghian Medical Research Foundation. He started the foundation after losing loved ones to Niemann-Pick Type C disease.

“How he reached out to everybody, we reach out to him,” said Deacon Hogan, who attended the mass.

There was endless support for the Parseghian family coming from thousands of fans today at the mass.

“Our prayers and all of our sympathies are with Mrs. Parseghian and the entire family and we pray for them everyday,” said Hogan.

You can view thoughts and stories from the Notre Dame family on coach Ara Parseghian as well as Jack Nolan's full interview with Brian Kelly, just click here.