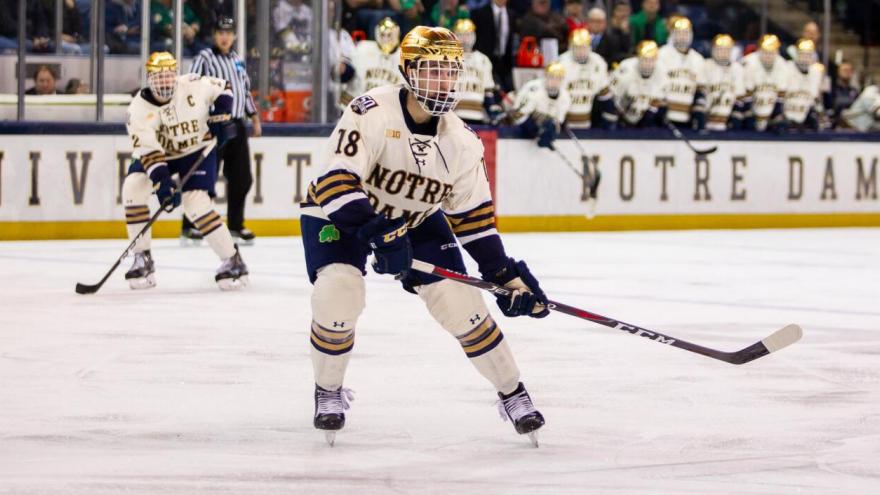 NOTRE DAME, Ind. -- The Notre Dame men’s hockey team will not participate in the NCAA Championship due to positive COVID-19 test results.

It will be ruled a no contest.

“It’s an unfortunate situation and I feel for our guys, especially our seniors,” Head coach Jeff Jackson said. “The team was excited about returning to the NCAA tournament and ready to continue competing after earning the opportunity. But with the multiple positives and subsequent contact tracing it became clear that for the safety of our team and the others in the tournament we could not proceed.”

Notre Dame said after they lost the opening round of the Big Ten Tournament on March 14, they remained in Big Ten testing protocols through March 20. They then began PCR testing on campus.

The team went through 7 rounds of testing in the 7 days leading up to their planned departure on March 24.