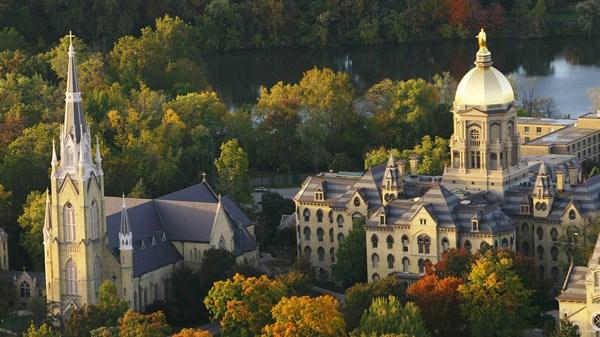 A 20-year-old Notre Dame student was found unresponsive in his room at a residence hall on campus at approximately 7:30 a.m. Wednesday, according Paul Browne, the Vice President of Public Affairs and Communications for the University of Notre Dame.

The St. Joseph County Coroner's office will conduct an autopsy to determine cause of death.

The student has been identified as Jake Scanlan, from North Potomac, Maryland.

He was majoring in mechanical engineering.

According to a release from the university, when the student's roommate discovered him unresponsive at 7:30 a.m., fellow students, including an EMT, attempted to resuscitate him.

Emergency personnel who responded also attempted resuscitation, but all attempts were unsuccessful.

The university says there were no signs of trauma or any indications of foul play.

Students may go to the University Counseling Center or Campus Ministry for assistance.

A memorial mass will be held at 9 p.m. Thursday in the Basilica of the Sacred Heart.